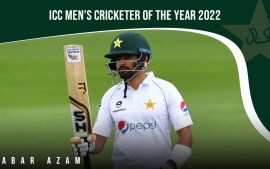 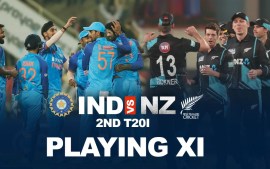 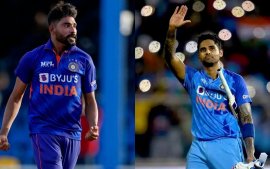 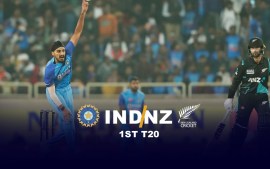 ICC Awards: Cricketer of the year 2022 – Two left-arm quicks and a pair of openers are the four men in the…

Just when we thought South Africa’s bowling attack could not be strengthened, up stepped a 206cm left-arm quick who made an impression of his own.

Jansen’s first nine* Test matches (*including Boxing Day in Australia) have turned heads in the cricket world, and moments with the white ball show there will be little respite for batting line-ups no matter the format.

After a strong Test debut on home soil on Boxing Day 2021, Jansen continued to trouble his opponents no matter where he travelled in 2022. Taking 14 Test wickets in the calendar year in South Africa at just 13.50, Jansen emulated the success on tour in England and Australia, averaging just 13.11 and 13.33 respectively. His nine Test wickets in New Zealand came at a respectable 28.55 to boot, as he contributed with the bat for Dean Elgar’s side.

Jansen made four appearances for South Africa across the two white-ball formats, showing early glimpses of his quality. He claimed Shreyas Iyer in his only T20I, and a pair of wickets in an ODI against Bangladesh. 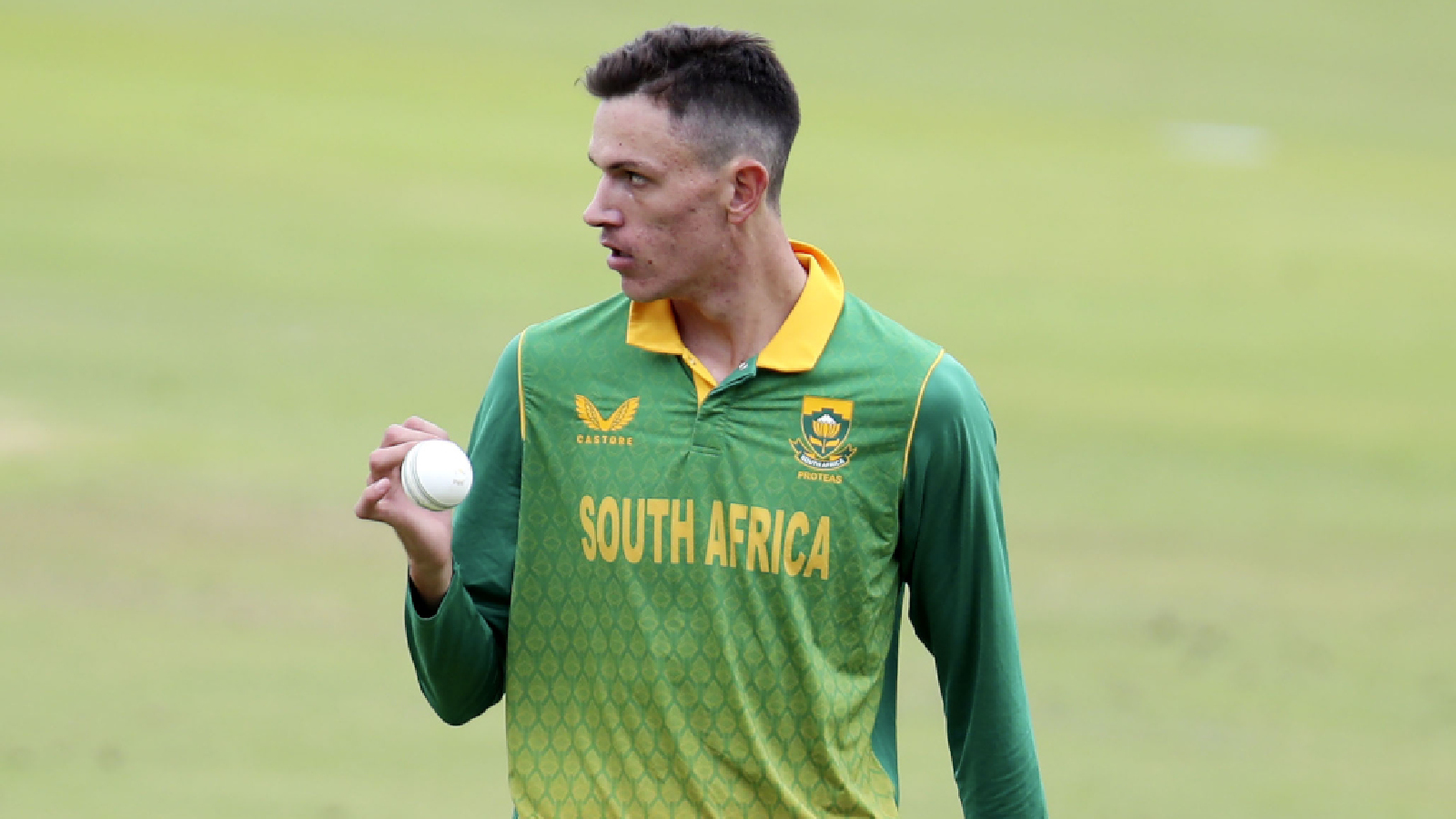 Making 30 with the bat in South Africa’s paltry 118 at The Oval, Jansen brought his form into the bowling performance, finishing with a maiden five-wicket haul on a surface historically good for batting.

Jansen made a mess of Alex Lees stumps to start the run, before trapping Zak Crawley plumb lbw in an early double-strike. He claimed Joe Root and Harry Brook when he returned to the bowling crease, before dismissing Ben Foakes for his fifth.

He finished with 5/35 as South Africa hit back in the match, bowling England out for just 158.

Afghanistan made huge strides in the One Day International game in particular thanks to Ibrahim Zadran’s work, making a number of vital contributions, on top of showing his mettle in the shortest format.

The country’s automatic qualification for the Cricket World Cup came with the help of 431 runs in seven ODIs opening the batting, making three Super League centuries in the run.

In T20 cricket, Zadran again played a key part. A knock of 64* from 59 balls against India stands out as his team fell away in their reply, with steady runs at the T20 World Cup. He finished with 367 runs at a strike rate of 110 and an average of 36.70, playing an important holding role as more aggressive players could move forward around him.

Ibrahim’s T20I runs came in important knocks, making 276 at 46 across the T20 World Cup and the Asia Cup. 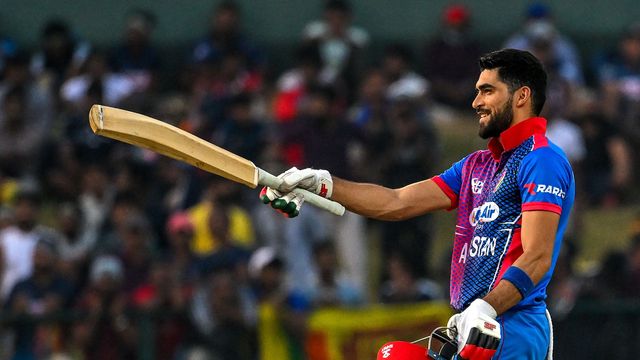 Zadran can boast the highest individual ODI innings for an Afghan after his effort of 162 against a strong Sri Lankan bowling attack in Pallekele, breaking Mohammad Shahzad’s 131* seven years prior.

Ibrahim fell on the last ball of the innings after smashing 15 fours and four sixes prior in a dominant knock, with only Najibullah Zadran’s 77 accompanying him.

It was the second century for Ibrahim in the three-match Super League series, taking his year ODI run tally to 431 at an average of almost 72.

The Black Caps have unearthed another gem in Finn Allen, who kicked on with an excellent 2022 and building on his first T20I appearance back in 2021.

Making a century against Scotland from just 56 balls against Scotland jump-started his game in the build-up to the T20 World Cup, where he gave the Kiwis another dimension at the top of the order. His 42 from just 24 balls against Australia put the defending champions’ campaign in disarray almost before it started, and Allen also made his ODI debut in July.

Allen made a half-century on his team’s Super League tour of Ireland, before half-centuries against the West Indies and India. He averages 38.70 in the early stages of his ODI career, at a strike rate of 94.39.

Similar to his blitz against Australia at the T20 World Cup later in the year, Allen stole the fourth match away from Pakistan in their tri-series with Bangladesh, making 62 from just 42 balls in a chase of 131.

Allen stole the show with six sixes in the knock, hitting three off the bowling of Shahnawaz Dahani, also taking on the spin of Shadab Khan, Mohammad Nawaz and Iftikhar Ahmed.

Building on a strong IPL career, India’s national setup took on the left-arm quick, and he made the most of the chance with the team looking to bounce back after a disappointing 2021 T20 World Cup. The fast-bowler played 21 T20Is for India, taking 33 wickets at an economy of 8.17, providing strong competition in Powerplay and death-over situations.

Arshdeep was also handed an ODI cap on India’s recent tour of New Zealand, and the future is bright for the 23-year-old seemingly destined to take India’s game forward. 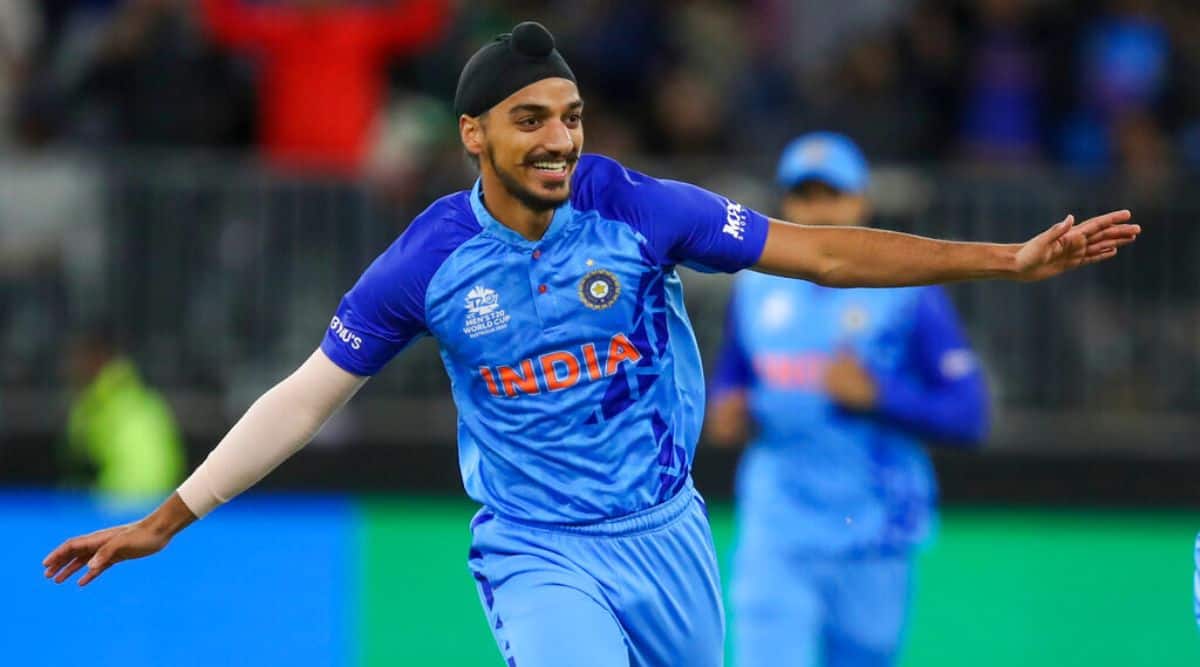 Unflustered by the pressure of an India v Pakistan fixture in a global tournament and in front of over 90,000 people, Arshdeep stood tall on the big stage.

With prodigious swing at pace, Arshdeep removed both members of Pakistan’s prolific opening pair. He claimed Babar Azam with his first ball lbw, before taking the wicket of Mohammad Rizwan at the end of his next over.

Arshdeep returned at the death to curtail Asif Ali’s plans of a late onslaught, finishing with 3/32 from his four-over allotment.