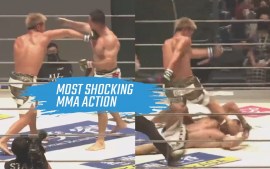 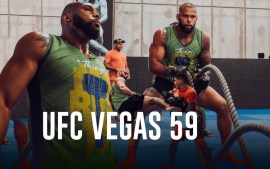 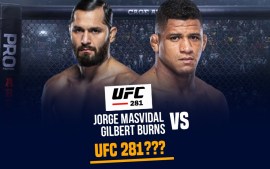 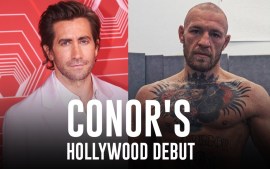 Conor McGregor: Charles Oliveira expressed his staunch desire to fight Conor McGregor in spite of UFC’s Hall of Famer and Conor’s rival Khabib Nurmagomedov campaigning for a title fight between Islam Makhachev. However, Chael Sonnen has pulled his side along with Mystic Mac. Follow UFC Live Updates and UFC news with InsideSport.IN

Chael Sonnen backs up Conor: The American gangster is revered as one of the best UFC critics and sports analyst.

He plainly declared, fighters have an eye for Conor not mostly to defeat him,but to earn more. A single fight with McGregor is a legacy.

“I always appreciate the truth. The truth will set you free. We’d sit over here and give him [Conor McGregor] a hard time and say you’re avoiding these guys… or you could just tell us the truth which is just the money fight. It’s a once-in-a lifetime opportunity, I want the opportunity, I want it right now… that’s what Oliveira said… Red panty night is very real. 100%. This has not gone away. So that is what Conor has to offer you. You now have to offer something to Conor.”

Charles Oliveira came up with a straightforward statement. In his recent interview with ESPN MMA, he detailed why he is looking for a fight with Conor McGregor and is not interested in Islam.

Makhachev is 10-1 in the UFC’s lightweight division and has a 10-fight winning streak. In a catchweight bout this year, he TKO’d Bobby Green. He has won over notable names of the divisions such as Dan Hooker, Thiago Moises, and Drew Dober last year.

Oliveira said he’s not convinced that Makhachev has done enough to earn a title shot.

While McGregor’s comeback was anticipated as one of the historic comebacks in UFC history, his potential opponents were lined up as Nate Diaz, .