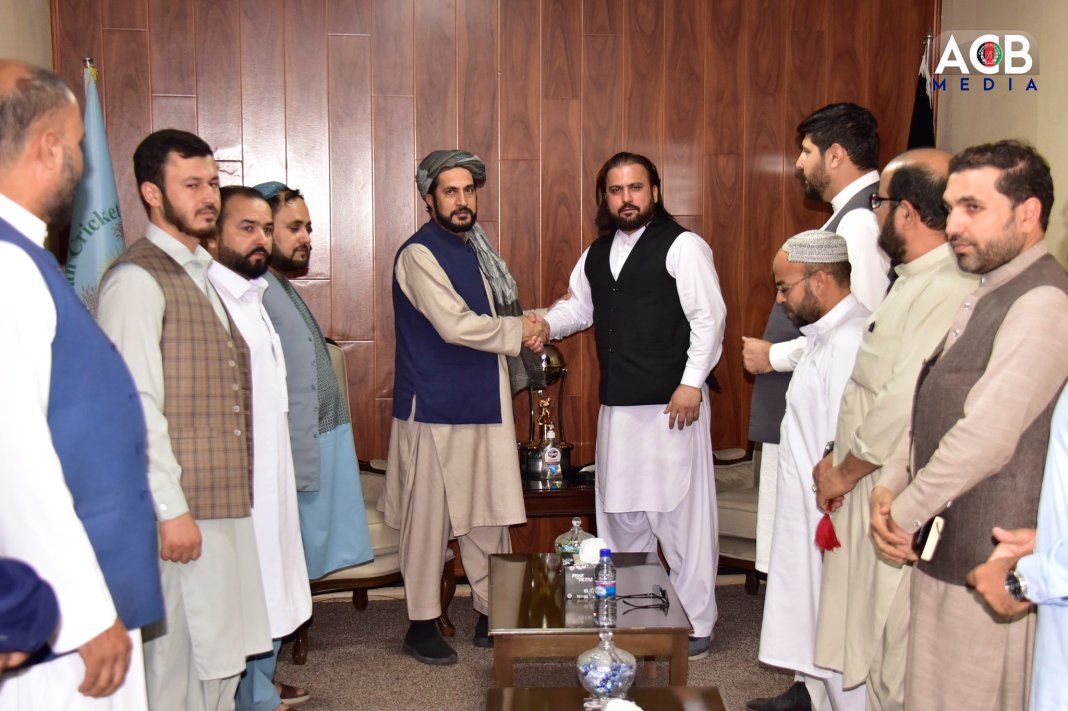 Former ACB Chairman @AzizullahFazli has been re-appointed ACB Chairman. He will oversee ACB’s leadership and course of action for the upcoming competitions. pic.twitter.com/5KpESsmCr1

The Hundred: Rashid Khan shows his love for Afghanistan by painting flag on his face

After taking control of Afghanistan, Taliban fighters stormed into the Afghanistan Cricket Board (ACB) headquarters in Kabul last week. According to reports, members of the Taliban regime took over the ACB headquarters on Thursday and were accompanied by former national cricketer Abdullah Mazari.

The Taliban have said they will not interfere with the Afghan men’s national cricket team, the country’s biggest sporting success of recent years, or stop the expansion of the flagship Twenty20 league, an Afghan cricket official said.

“The Taliban don’t have any issue or problem with cricket, and they have told us that we can continue our work as planned,” said Afghanistan Cricket Board head of media operations Hikmat Hassan

The fate of much more modest women’s cricket programmes, however, remains unclear. While there is a lot of uncertainty around the future of Afghanistan cricket and its players, the International Cricket Council (ICC) is keeping a close watch on the proceedings.

Afghanistan is currently scheduled to play a three-match ODI series against Pakistan in Sri Lanka. However, the series has come under jeopardy as Sri Lanka entered lockdown.

Sri Lanka announced a 10-day lockdown starting on Friday night in an effort to curb the spread of the coronavirus. Hospitals in the country of 22 million people are overflowing with COVID-19 patients as the highly transmissible Delta variant surges through the population.

Star players Rashid Khan and Mohammed Nabi are currently in Britain for The Hundred and will then join the Sunrisers Hyderabad for the second leg of IPL 2021.

For more sports news and Afghanistan Cricket updates, follow us at insidesport.co