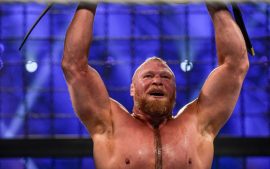 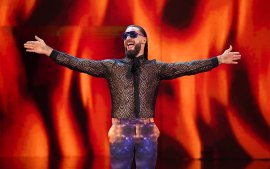 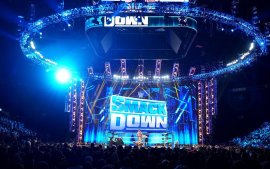 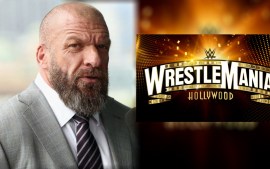 WWE Launches SMS Service: Know How to Get Updates on Your Mobile About Your Favorite Wrestling Stars Ft. John Cena, Roman Reigns and Others

Know How to Get Updates on Your Mobile About Your Favorite Wrestling Stars: Are you a huge WWE fan? Are you always…

Know How to Get Updates on Your Mobile About Your Favorite Wrestling Stars: Are you a huge WWE fan? Are you always curious to know what is going on in your favorite star’s life? Then here comes a great news for you. World Wrestling Entertainment has introduced something to make your dreams come true. Check out. Follow WWE  News and Updates with InsideSport.IN

WWE has launched new SMS service to benefit everyone. If you want to be the first person to receive exclusive updates directly from WWE then all you have to do is text ” TUNEIN” to 79458 and it will give you a chance to become a part of a private World Wrestling Entertainment SMS group.

With this you can be the first to get superstar updates, breaking news from WWE directly, live Event pre-sales, Tv and network related information, WWE shop sales and much more.

According to WWE, you can “Find out who Roman Reigns is battling at WrestleMania39! Will John Cena make another comeback? Who will be inducted into this year’s WWE Hall of Fame Class?” and more such updates.

There is also a chance that sometime you might get to hear from a superstar too.

Text “WWE” to 79458 for updates on your favorite Superstars! 🌟 pic.twitter.com/QjND47V4av

This not the first time WWE has introduced something like this. It happened earlier too.

In 2006 World Wrestling Entertainment launched an exclusive mobile alert subscription package. The cost for subscription was $3.99 per month which was designed to deliver WWE alerts directly to the subscriber’s mobile phones through SMS. The subscribers were provided with exclusive WWE content such as news regarding: Monday Night Raw, Friday Night Smackdown, results, special events, and others. The subscription to the service was done by texting “Fan” to 46993.

What are your thoughts on these new measures?

WWE Launches Sms Service: Know How to Get Updates on Your Mobile About Your Favorite Wrestling Stars Ft. John Cena, Roman Reigns and Others