Thomas Cup: I was determined not to give up after ankle injury, says HS Prannoy after guiding India to Thomas Cup final- He battled injury to register one of the most memorable wins of his career and star Indian shuttler HS Prannoy said the mentality of not giving up without a fight kept him motivated during the epic victory over Denmark in the Thomas Cup semifinals. Follow more Updates with InsideSport.IN

Prannoy produced a lion-hearted show in the decisive singles match as the Indian men’s team wrote its name in the history books by reaching the title clash of the Thomas Cup Final for the first time ever with a 3-2 victory over Denmark here on Friday night.

Despite suffering the injury after slipping on the front court while going for a return, Prannoy continued after taking a medical timeout to upset world number 13 Rasmus Gemke 13-21 21-9 21-12 to secure India’s historic win.
Also read Thomas Cup Finals LIVE: India’s Thomas Cup win hero HS Prannoy to InsideSport ‘Historic & biggest moment for Indian badminton, we will do well in FINALS’ 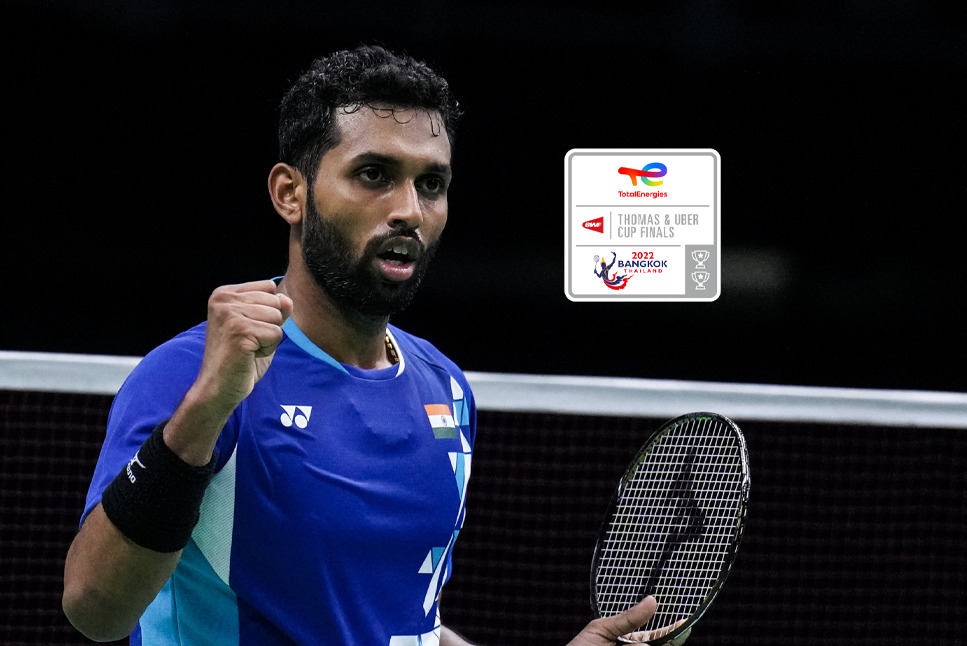 “Mentally, there were a lot of things going on in my head. After the slip, it was hurting more than usual and I was not able to lunge properly and I was thinking what to do,” Prannoy said after the tie.

“In my mind, it was always coming that I should not give up, just try and see how it goes. Was praying that the pain doesn’t get aggravated and it started to reduce towards the second game and by the third, I was feeling much better.”

The Indians had never gone past the Thomas Cup semifinals after 1979, but on Friday they showed tremendous fighting spirit to outwit the 2016 champions.
Prannoy said going into the court after the medical timeout, his plan was to keep up the pressure on his Danish opponent and it worked to his favour.

“The tactics which we used in the second and third game was very crucial. The strategy was to keep the pressure on and I knew if I come into the second half with a good lead, there is a big chance to get the game. And I just told myself to push these 11 points possible and the strategy worked,” he said.

World championships silver medallist Kidambi Srikanth and world number 8 doubles pair of Satwiksairaj Rankireddy and Chirag Shetty had kept India afloat in the contest by registering wins as the tie was locked at 2-2 before it was left to Prannoy to achieve the humongous task.

Rankireddy and Shetty dished out a gritty performance to beat Kim Astrup and Mathias Christiansen 21-18 21-23 22-20 to bring India level at 1-1 after world championship bronze medallist Lakshya Sen lost 13-21 13-21 to world no. 1 Viktor Axelsen in the opening singles.

“I thought we were finished when we were down in the third game. Luckily we found our rhythm. I was unsure what serve to do (on sixth match point). Finally I thought let’s try the flick serve, let’s see what they’ve got,” Shetty said.

“It took courage to try the flick serve. In the second game from the same side two of our flick serves went out.”

India will play 14-time champions Indonesia in the title clash on Sunday.