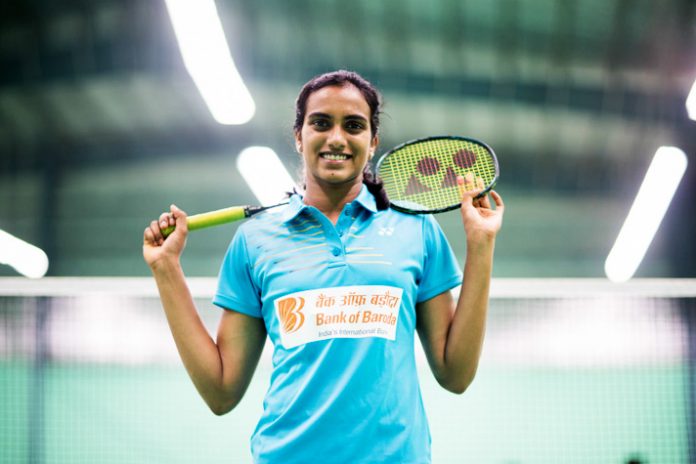 PV Sindhu is the only Indian to feature among the world’s highest paid top 10 female athletes for 2018. The ace shuttler, placed at No. 7 in the top global icons, is also the only badminton player in the elite club.

US tennis legend Serena Williams tops the table. The top 10 highest-paid female athletes have raked in $105 million from prize money, appearances, royalties and endorsements in the 12 months ending June 1, 2018.

Serena Williams is undoubtedly the world’s highest-paid female athlete with the total earnings of $18.1 million. The 36-year-old with 23 Grand Slam titles has, however, received just $62,000 in prize money between June 2017 and June 2018 as she took a 14-month break after revealing the news about her pregnancy in January 2017 and then giving birth to Alexis Olympia on September 1.

Serena has fetched almost $18 million from endorsements, which is 96.6 % of her total earnings, thanks to her strong sponsor portfolio that include some top-notch brands like  Nike, Intel, Audemars Piguet, JP Morgan Chase, Lincoln, Gatorade and Beats among others. According to a report by Kurt Badenhausen of Forbes, only 16 athletes on the planet made more than Serena over the past 12 months from endorsements, and she made twice as much off the court as any other female athlete.

PV Sindhu is the only Indian and badminton player in the top 10 roster sitting at seventh spot with $8.5 million total earnings. Ever since the 23-year-old won the first Olympic medal for India during Rio 2016, she became a household name and a star celebrity who went on to sign endorsement deals with Bridgestone, Gatorade, Nokia, Panasonic, Reckitt Benckiser and another half a dozen other brands.

Interestingly, PV Sindhu is only among the two non-tennis females to feature among the top 10 list. The other athlete who does not hail from a Tennis background is Danica Patrick – often regarded as one of the most successful female race car drivers of all time. Her triumph in the 2008 Indy Japan 300 is the only win by a woman in an IndyCar Series race.

The comparison among the salaries of the male and female professional athletes predominantly reveals a huge pay disparity as it is evident from the fact that the Forbes 100 list of world’s highest-paid athletes. In fact, Serena’s total earnings are still nearly $5 million shy of the $22.9 million cutoffs for the top 100 roster.

NBA, considered as the world’s pinnacle of a professional basketball league, is one of the prime examples of the pay disparity among the genders. The average league and endorsements salaries in NBA are sometimes 100 times of what is being paid to the female counterparts in WNBA.

Tennis remains the cash-rich sport for females especially after the increase in all the four grand slams prize money. The prize purse in the professional circuit’s events that are famously known for offering equal prize money for top singles winners. US Open, which advocated equal pay for male and female players way back in 1973, is now the richest Grand Slam with a total prize of $53 million from this year, with singles champions returning home richer by $3.8 mn.