MP vs MUM LIVE – Ranji Trophy Finals LIVE: Groomed in an unforgiving ‘gharana’ where there is virtually no place for the second best, Chandrakant Pandit and Amol Muzumdar are both as tough as nails mentally. In spirit, they are ‘guru bhais’, having learnt their lessons under the iconic Ramakant Achrekar. Follow MP vs MUM Live updates on InsideSport.IN

Both know how it feels to lay hands on the silverware.

Wednesday morning, one can be forgiven for thinking that it is being played between two Mumbai sides.

Ranji Trophy Finals LIVE: All you want to know…

Pandit’s Madhya Pradesh is basically a ‘Mumbai Lite’ or ‘Mumbai Ultra’ in terms of work ethic, vision and plans to accomplish the unfinished job of the ‘class of 98’, led by Pandit himself.

Facing them are 41-time champions Mumbai, who boast of India’s most talented bunch of gen next batters in Prithvi Shaw, Yashasvi Jaiswal, Arman Jaffer, Sarfaraz Khan and Suved Parkar. 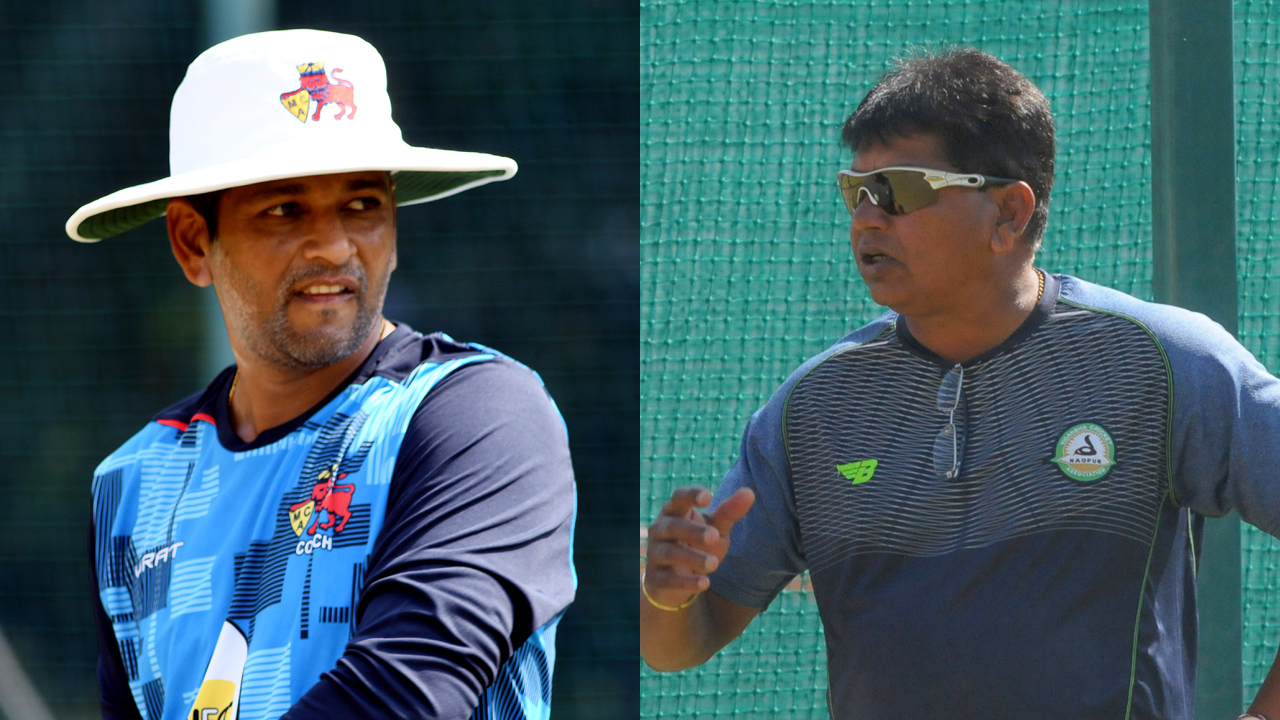 All under 25 and ready to hunt down the MP bowling attack like a pack of wolves with the only bowler of repute being left-arm spinner Kumar Kartikeya, who has been outstanding throughout the season.

Goading them to “go for the kill” from the dressing room will be Muzumdar, eyeing his first Ranji Trophy as a coach and looking to stop the doyen of domestic coaches from winning an unprecedented sixth crown with three different states (after Mumbai and Vidarbha).

“We have both learnt it the hard way,” Pandit told PTI after his men demolished an under-prepared and out-of-sync Bengal in the semi-finals.

Muzumdar echoed the sentiments but desperately wanted the arc-light to shift on players.

“Me and Chandu are no different. We are actually very similar in our upbringing. But this final is about the players who will be out there in the middle and trying to win it for their teams. I believe we coaches should be in the background,” said Muzumdar.

But if one talks about being in the background, that is not what Pandit’s second nature is.
“I don’t tell any state associations what my expectations are. The state associations that know what are the do’s and don’ts of bringing Chandrakant Pandit on board only get in touch with me.

Ranji Trophy Finals LIVE: All you need to know about the Finals of the Ranji Trophy Season 2022, time, schedule, dates, live streaming – Check out

“And my working principle is simple. Complete trust in me by the establishment and letting me complete freedom to operate if you want results.

“I am from Mumbai and in Mumbai, we only call it a good season when we win the Ranji Trophy. Anything less than that is considered poor,” you could see the ruthless streak in him.

He then smiled and said that not everyone can work with him.

“The language I use can be crude at times and I can slap a junior cricketer if I see him out of line. Not everyone can take that.

Those who can persist with me, seek my services. Others don’t.

“Prithvi is a star today but when he came to me in the Mumbai set-up, he had a chip on his shoulder. People know that I straightened him up and I can do that with anyone,” he said nonchalantly.

There are anecdotes galore about Pandit’s modus operandi and some have reached mythical proportions.

When he was with Vidarbha, he apparently slapped a young player and the news reached a high-ranking VCA official, who in those days wielded a lot of power in the BCCI.

The official called Pandit and said something on these lines: “Chandu, a slap isn’t enough. I will give you a cane and give that chap 10 lashes till he is disciplined.”

He had played his last season as a professional for MP but when he joined as the coach, some of his old teammates were either in administration or in the selection panel.

“I have got a lot of support from the MPCA. I sit in all selection meetings and they don’t last for more than 10 minutes. I communicate very well with the likes of Sanjeev Rao, with whom I had played a lot of cricket, and Amitabh Vijaywarghiya,” Pandit said.

When he joined the MP set-up, he saw that some players were in the squad for the last seven or eight years but hardly played a game.

“First things first. I removed all these disposable players. If you have not played even five games in five years, then you are of no use.

“Then I got a young captain in Aditya Srivastava. He will not move from my room till 9:30 pm in the evening and talk about strategies. That’s how I like it,” Pandit didn’t say but it basically meant ‘my way or highway’.

But there is a softer side to Pandit too. In fact, in the early part of the new millennium, when he first became Mumbai coach, Muzumdar, after being ignored at the elite level, had almost given up on cricket.

But, to everyone’s delight, he came back next year, and under Pandit’s coaching, won the Ranji Trophy and got his career back on track.

Pandit has an uncanny knack of working wonders with the perennial underdogs. He has done it twice with Vidarbha and wants to do it with MP, a team that didn’t have Venkatesh Iyer, Avesh Khan or Kuldeep Sen for the better part of the season.

“This is the same M Chinnaswamy Stadium where MP lost the Ranji final to Karnataka under my captaincy. This has to be divine intervention that after 23 years, I am here with the MP team for a Ranji final,” he said.

And then, he left in a jiffy.

“I will take your leave. Need to go and give them a bit of bamboo (Mumbai lingo for disciplining someone). Inko lagta hai trophy jeet chuke (they think they have won the trophy),” he bid adieu.