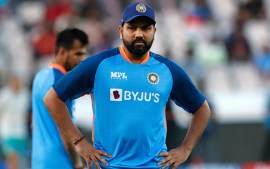 IND vs SA Highlights: Rohit Sharma admits, ‘we have not bowled well,… 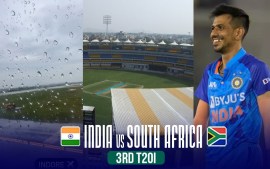 MI vs KKR in IPL 2021: From Rohit Sharma to Shubman Gill, six players who can break individual records – IPL 2021 phase 2

MI vs KKR in IPL 2021: From Rohit Sharma to Shubman Gill, six players who can break individual records – IPL 2021…

MI vs KKR in IPL 2021: From Rohit Sharma to Shubman Gill, six players who can break individual records – IPL 2021 phase 2 – Mumbai Indians will take on Kolkata Knight Rider in their second game of the IPL 2021 phase 2 here at The Sheikh Zayed Stadium on Thursday. Rohit Sharma’s MI are coming to this match after facing a defeat against Chennai Super Kings while Eoin Morgan’s KKR will be high on confidence after beating Royal Challengers Bangalore in their last encounter. MI’s key players like Rohit Sharma and Hardik Pandya were absent in the first match due to niggle while Krunal Pandya looked out of form. On the other hand KKR opener Shubman Gill looked in good rhythm Sunil Narine failed to take any wicket but was economical in the match against RCB.

All these players will be aiming for an individual milestone in the MI vs KKR game. So, we at Insidesport will take you through the top 5 records that can be broken in this game.

Mumbai Indians captain Rohit Sharma will aim to continue his great form from England into IPL’s UAE leg. The MI opener is just 20 runs away from completing a personal milestone of 5,500 runs in IPL. MI opener has a chance to claim a record which no other Indian batsman currently has. Rohit could become the first Indian batsman in the history of T20 cricket to breach the 400-six mark in the shortest format. The 34-year old currently has 397 sixes in the T20 format.

MI all-rounder Krunal Pandya needs just 1 wicket to complete 50 wickets for Mumbai Indians. The left-arm spinner will be the second MI player after Kieron Pollard to score 1000 runs and take 50 wickets for MI.

KKR opening batsman Shubman Gill, who has shown that he is in top-notch form and has recovered from the injury in the first game against RCB, will be playing his 50th IPL match against Mumbai Indians on Thursday. Gill started playing in IPL in 2018 and has played just for KKR in these three years.

Mystery spinner Sunil Narine has shown that he is in good form with the ball but he will want to make an impact with the bat as well. He is not opening the innings for KKR as he used to do in past seasons. But he will surely be promoted in the middle order as a pinch hitter. Narine is just 98 runs away from scoring 1000 IPL runs.