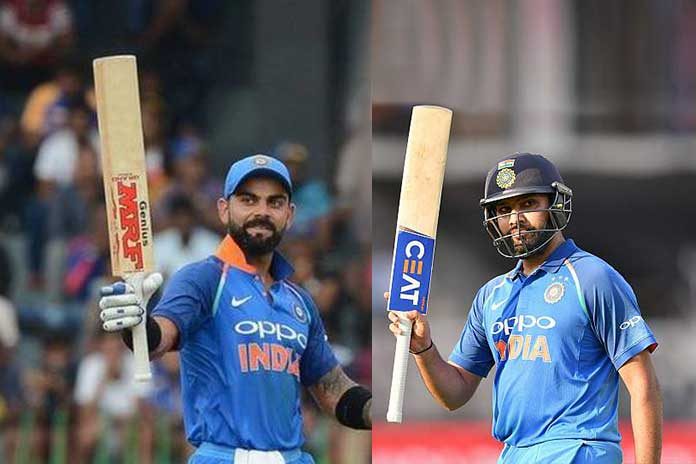 Virat Kohli scores runs at will. Consistently consistent in churning out centuries innings after innings, series after series. While others score runs, Virat’s willow is busy oozing records. Rohit Sharma for his batting prowess and unmatchable talent forms most formidable opening pair with his skipper in contemporary limited overs international cricket.

The names to separate captain Kohli and his deputy in order of consistently scoring ability are elusive. If Kohli is the No. 1 craftsman with the willow, Sharma comes the immediate next. Take the ongoing India-West Indies limited overs series as a case study. Kohli’s four innings have produced 420 runs at 140 per innings with strike rate of 113 and three centuries. Sharma in the second position has 326, averaging 108 with a 120 strike rate and, two centuries. If Kohli has six ODI centuries in 2018 so far, Sharma has struck five.

While Sharma comes closest to Kohli in conversions on the crease, the duo is separated by a huge margin in commercial conversion of their bats’ might – the commercial value of brand endorsement stickers on their bats.

Kohli for his ₹100 crore eight-year deal gets an average ₹ 12.5 crore per annum. Sharma, who only today (Wednesday) has renewed the his deal with CEAT for an undisclosed amout will is expected to earn ₹ 15 crore at ₹ 5 crore per annum over the next three years. MS Dhoni and Shikhar Dhawan are the other two big names.

The Indian skipper Virat Kohli has a ₹ 100 crore, eight-year deal with MRF. The Indian multinational tyre brand and team India captain renewed their agreement last year in 2017. The deal amounts to ₹ 12.5 crore per annum – a more than 50% jump over what the batting maestro would get from his previous deal.

The senior most member of the Blue Brigade and the former India skipper Dhoni had renewed his deal with Australia-based cricket brand Spartan in 2016 for ₹ 13 crores for a three-year period. The veteran had got ₹ 25 crore from the same brand for the previous three-year cycle between 2013 and 2105. The current deal had reportedly run into trouble for the brand failing to honour its financial commitments, but Dhoni continues to support the Spartan sticker on his bat.

Rohit was endorsing MRF’s rival brand CEAT for a per annum deal of rupees three crore. The deal is now extended for the next three years. Even as the brand and the star have not revealed the values, Sharma is expected to get ₹ 5 crore annually. The super talented Indian opener has three ODI double hundreds to his name.

The left-handed opener shares the third place with Sharma for his annual ₹3 crore tie-up to place the MRF sticker on his bat. The Indian tyre brand from the Madras Rubber Factory has been endorsed by cricket legends Sachin Tendulkar and Brian Lara. The elite club also includes Gautam Gambhir, skipper Kohli, Ab de Villiers and Prithvi Shaw.