Riot continues to promote their new mobile LoL game and they chose the most outstanding player ever for their new advertising. Near…

Riot continues to promote their new mobile LoL game and they chose the most outstanding player ever for their new advertising.

Near the end of the Worlds 2020 in League of Legends from Riot Games they got to know the beginning of regional testing Wild Rift , the new MOBA Mobile that seeks to emulate the gaming experience on these devices, and that those who They tested have loudly cheered.

In Asia, Wild Rift is now available and before mid-2021, we will have the mobile version of League of Legends worldwide. While the game already has a good player base, from Riot Games, they keep serving us advertisements for the game.

Also Read:Apex Legends Mobile release date announced by EA, Check when will it come to India

In a new commercial for Wild Rift Korea, from Riot they gave us an attractive cinematic with moments of games in Wild Rift, and with the Demon King, Faker , as the main protagonist of it. Yes, the best player in League of Legends history, as the main face.

It is not the first, nor will it be the last time that we see Faker as the face of a League of Legends advertisement, but seeing him so invested in Riot to power the mobile version of the game will definitely be a great boost to reach the largest number of Possible players in the East, before we start with the heavy advertising on this side of the globe. 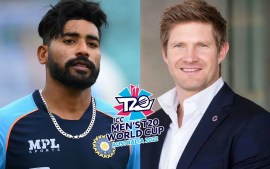