Wimbledon 2022 LIVE: Big-hitting American John Isner paid tribute to Andy Murray after sending the two times champion crashing out of Wimbledon 6-4 7-6(4) 6-7(3) 6-4 with a barrage of booming serves and aces in a second round clash on Wednesday. Follow Wimbledon 2022 Live updates with InsideSport.IN

While 37-year-old Isner strode closer to Ivo Karlovic’s aces record of 13,728 on the ATP Tour, Murray made his earliest exit despite battling back from the brink by winning a third set tiebreak.

Murray had never previously lost to the American in eight meetings and cheers of ‘Let’s go Andy, let’s go’ echoed around Centre Court before the roof came out and the hope faded along with the evening light.

“I am most definitely not a better tennis player than Andy Murray, I might have just been a little better than him today,” said the 20th seed after the Scot had left the cheering court, waving as he went. 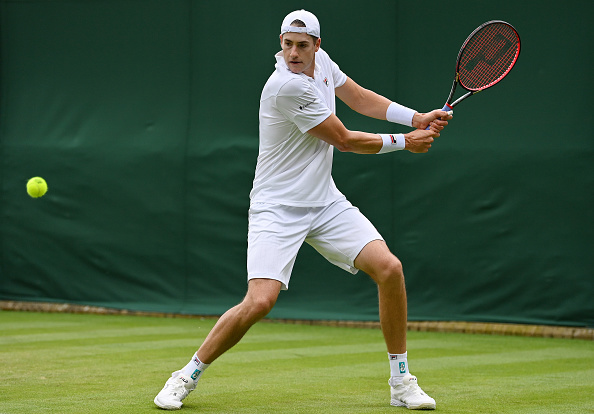 “It was an incredible honour to play him on this court in front of this crowd. At the age I’m at now, I need to relish these moments. This was one of the biggest wins of my career,” he added.

“To play as well as I did against one of our greatest players ever was a huge accomplishment for me. He’s a massive inspiration to each one of us in the locker room and we are so lucky to still have him around.”

While the story was dominated by Isner’s serving prowess, he also produced some killer drop shots and returns to disarm his opponent.

Asked how he had withstood the pressure, Isner was engagingly honest. “I served,” he said. “That’s really all it came down to. I guess I didn’t give him many opportunities to spin his web and get me tangled up in it. I had an incredible serving day and I needed every single bit of it to beat him.”