IPL 2022: After hitting top form against Gujarat Titans, Virat Kohli says ‘Tried to get into positive frame of mind with every ball’- After his match winning half-century against Gujarat Titans, Royal Challengers Bangalore star batter Virat Kohli said that he batted for 90 minutes in the nets and was trying to get into a positive frame of mind with every ball he played. Follow IPL 2022 LIVE Updates with InsideSport.IN

A knock of 73 off 54 not only brought a struggling batting great back to his form, but also helped RCB clinch an important win over Gujarat Titans by eight wickets as they chased down the target of 169 set by GT to keep their playoffs hopes alive, with captain Du Plessis (44) and Glenn Maxwell (40*) putting other valuable contributions for Bangalore. “The standout was my preparation for yesterday. I batted for 90 minutes in the nets. 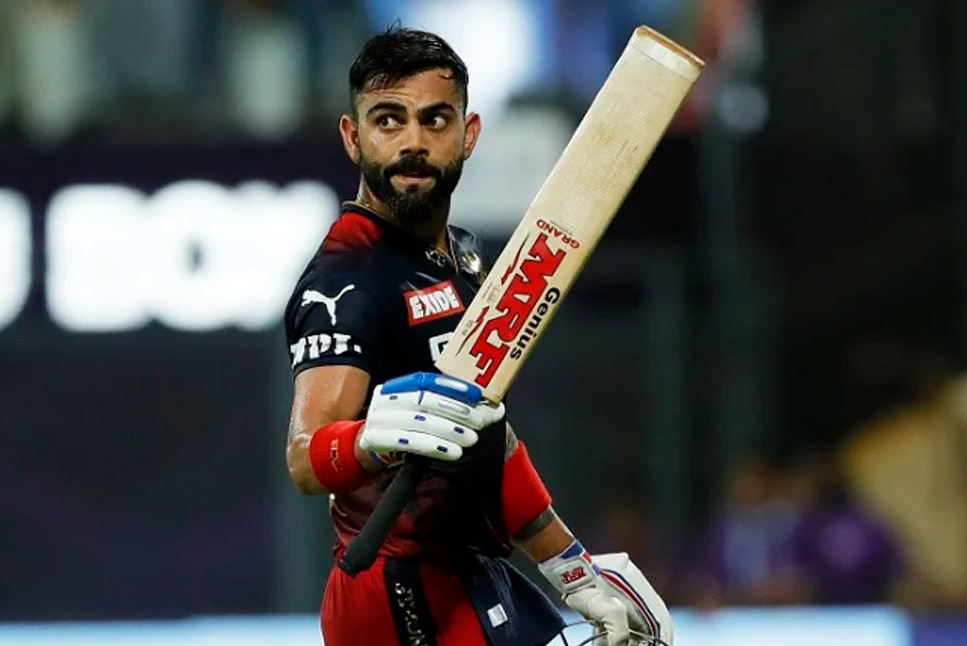 I was trying to get into a positive frame of mind with every ball I played. I was just watching the ball and reacting to it, instead of thinking that it seams, swings or turns. I was telling myself to take the most positive option I could. I extended that into my game today.

There are moments when you feel doubtful, but when the bowler runs to deliver a ball, you have to watch it and hit it,” said Kohli during a post-match discussion with his opening partner and captain Faf Du Plessis.

Kohli admitted that this season was a challenging time for him and that he had experienced everything that he could not control on the field to the fullest.

Du Plessis remarked that it was great the way Kohli handled himself during these challenging times, adding that his intensity on-field during the match was GT was special.
On opening the batting, Du Plessis said, “I think first few overs are extremely important. We have seen this during this season more than any other season.

If you escape first 2-3 overs unscathed without any wicket, you can transfer the pressure back. The most important thing is partnership, what you do, what I do and how we do it together.”

Kohli also admitted that he had fun batting with Du Plessis.

“We were not discussing too much and not complicating things. Situation was dictating what to do. Had we over complicated things, we could have given dot balls to people that we attacked,” he added.

The star batter also said that its great for the team that he and Du Plessis have been in sync in such a great way during their first season together.

With Mumbai Indians set to take on Delhi Capitals on Saturday in a highly important match for RCB’s playoff chances, Kohli quipped, “I think Mumbai has two new supporters. (him and Faf). Not just two, I think 25 more supporters.”

Chasing 169, Virat Kohli (73*) and Faf Du Plessis got RCB off an amazing start, putting a 115 run opening stand. RCB survived a small stumble in their chase with fall of the opening duo as Glenn Maxwell (40*) completed the formalities and guided his side to a crucial eight-wicket win.

GT has ended their league stage at the top of the table with 20 points and 10 wins. On the other hand, RCB are currently at the fourth position at the end of the league stage with 16 points. Their fate is in the hands of Mumbai Indians, who will take on Delhi Capitals on May 21.