India tour of England: Virat Kohli and Co. undertakes unique practice drill to probe catching reflexes; Watch video: With almost 48 hours for the Test cricket action to get underway between India and England at Trent Bridge, Nottingham, the Indian team in England is leaving no stone unturned to get into the groove of the things. Recently the men in blue undertook an unseen catching practice drill that was aimed to improve concentration and to quicken up reaction to impulsive catches that often glare up at slips in Tests.

The post put out by BCCI on Twitter captioned, “Fun Practice Laughter DO NOT MISS as @ImRo45’s unique game leaves #TeamIndia in splits  – by @RajalArora”

The four and a half minute video commenced with Rohit Sharma ideating a unique catch-fielding session that aimed to involve everybody besides starting the warm-up for the day. The catching challenge was divided into two teams- Rohit Sharma’s and Virat Kohli’s who had to engage in the elusive catching drill along with their team members.

India tour of England: What was different about the practice session?

The practice session served a dual purpose- instigated the concentration of the players who often have to chase the ball which goes high into the air during the matches. The immediate deflection of the ball after hitting the helmet attempted to improvise players reflexes that they have to face while fielding at the slips.

India tour of England: How are these sessions useful in England?

English pitches offer bounce and swing. Unprecedented bouncers often edge out quick catches at the slips. For such catches, fielding sessions like these that aim to fasten up the reaction time become quite imperative.

IND vs ENG Test series: While no participating team was declared as the clear winner, Indian skipper Virat Kohli was spotted taking a diving catch during the same.

For all updates on cricket and India vs England test series, follow insidesport.co 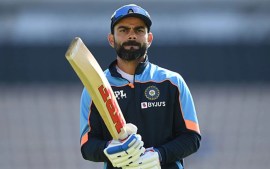 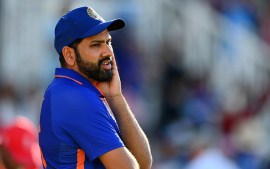 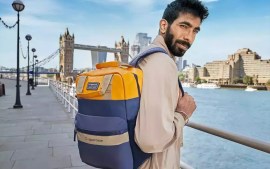