Australian Open LIVE Results: Sania Mirza & Rajeev Ram defeated Serbian pair Aleksandra Krunić and Nikola Ćaćić to enter round 2 at Court 12 on Thursday. The duo won the match 6-3, 7-6 to ensure Sania’s journey in Aus Open continues after shock retirement. The duo looked brilliant in the first set but Krunic & Cacic posed serious threats in the second set but to no avail. Follow all the live updates on InsideSport.IN

Sania Mirza playing her last Australian Open looked in good form and so did her partner Rajeev Ram, who is currently ranked world number four. Rajeev Ram served to perfection to win the opening game comfortably and so did Sania Mirza.

In the fourth game of the match the Indo-American pair broke the service of Krunic-Cacic to take a crucial 3-1 lead in the first set. Mirza and Ram held on to their serves to clinch the opening set 6-3.

Unlike the first set, the second set turned out to be a very close encounter as both the pairs served well and did not allow each other to get a break. As a result the second set went to a tie-breaker with a score of 6-6. In the tie-breaker Mirza-Ram took a 3-1 lead and went on to win 7-3.

In the entire match both Sania Mirza and Rajeev Ram were not even broken once. With this straight sets win Mirza-Ram pair enter the second round of mixed doubles.

Mirza, the six-time Grand Slam winner, announced Wednesday that she will be retiring from Tennis at the end of this year. She has made this decision after her first-round exit in the Women’s doubles event today where she partnered with Nadiia Kichenok. Kaja Juvan and Tamara Zidansek of Slovenia defeated Mirza and Kichenok 6-4, 7-6.

She has won all the trophies in Australian Open, French Open, Wimbledon & US Open in doubles & mixed doubles and she will go down as the biggest superstar/ most successful women’s player ever to play the game from India. As she has decided to hang up her boots, this will be the last time she will be playing in the Australian Open. Saina would hope to have a great swansong when she plays along with Rajeev Ram in the mixed doubles event. 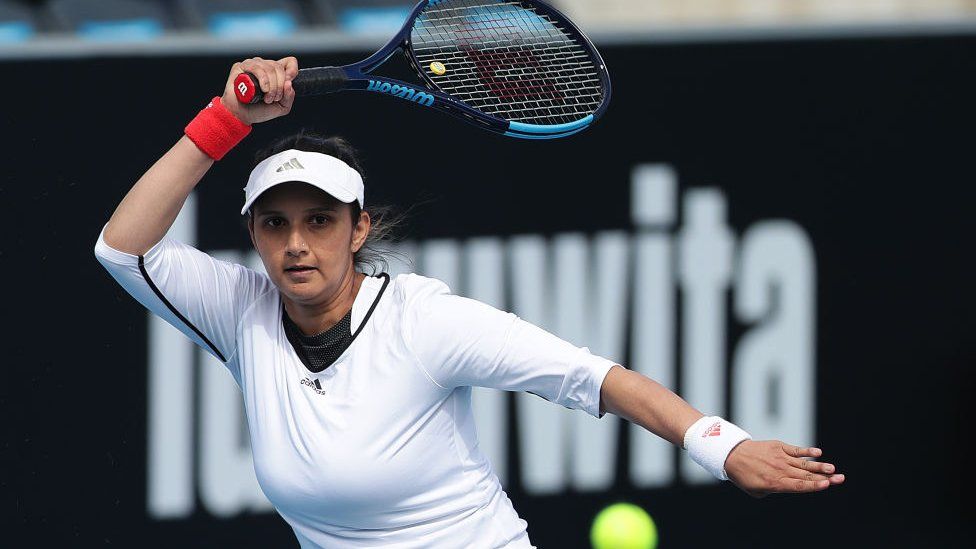 The 35-year old Indian, last partnered with the American during the 2021 US Open, where they made a first-round exit. Rajeev Ram, a doubles specialist, played his first round match in the men’s doubles alongside partner Joe Salisbury and they advanced to the next round by defeating Nikoloz Basilashvili and Miomir Kecmanovic in straight sets.

For more sports news and Australian Open live updates, follow us at InsideSport.IN