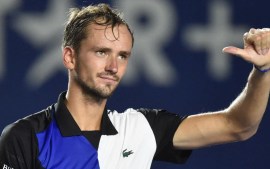 Team Australia’s 3-0 defeat to Russia on Tuesday may have ended their chances of qualifying from Group B, but the opportunity to play in front of a home crowd is not one to be taken lightly.

As No. 2 singles player James Duckworth told ATPTour.com this week, a night session match on Ken Rosewall Arena is motivation enough. “Demon [Alex de Minaur] and I have grown up here in Sydney, so it will be cool to have friends and family out to support,” Duckworth said. “Playing for the green and gold is always a special occasion.”

Duckworth recently broke into the Top 50 for the first time in his career and will be looking to sign off his debut ATP Cup campaign with a strong showing in his first-ever tour-level meeting with World No. 58 Arthur Rinderknech. France’s Ugo Humbert, who sensationally beat Medvedev in his opening singles match in Sydney, will hope to improve on his 1-0 ATP Head2Head lead against De Minaur.

World No. 3 Alexander Zverev will look to the performance of his countryman Jan-Lennard Struff to set the tone for Germany against Team Canada.

Prior to Tuesday, Struff held a 0-4 ATP Head2Head record against his American opponent John Isner, but set Team Germany on its way to victory with a 7-6(7), 4-6, 7-5 win. Zverev later acknowledged the impact of winning the first point of the tie. “I think we needed that win. We needed to get on the board,” said Zverev. “It made my job easy, as well. If you’re up 1-0, it’s obviously much nicer to play.”

“For me personally it was very important”, added Struff. “But more important was the win for Germany.” He faces World No. 14 Denis Shapovalov, who he leads 5-2 in ATP Head2Head meetings, in the No. 2 singles match.

Zverev is then aiming to finish Group C with a 100 per cent singles record when he takes on World No. 11 Auger-Aliassime. The German holds a 4-1 ATP Head2Head lead over the young Team Canada captain. Both teams could qualify for the semi-finals with a win.

For more sports news and ATP Cup latest updates, follow us at InsideSport.IN 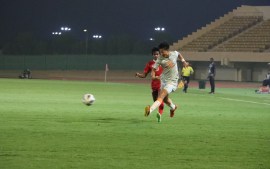