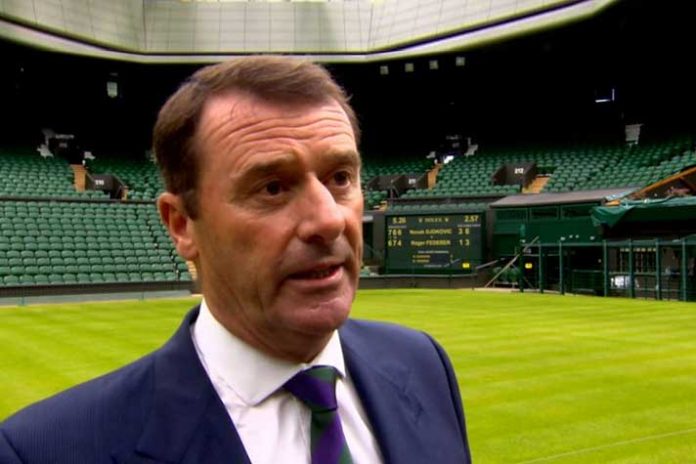 All England Lawn Tennis and Croquet Club (AELTC), organisers of Wimbledon Grand Slam, has announced that Philip Brook will step down from his role as chairman in December 2019 after a 30-year long career stint.

Brook, who was previously the vice chairman of the AELTC and took up the post in 2010, replacing Tim Phillips, and has been a member of the organisation since 1989.

The AELTC, which both owns and operates the annual Wimbledon Championships, has confirmed that the selection process for a successor will begin in January 2019, with an official announcement expected to be made in the spring.

In a statement sent to club members and seen by UK newspaper The Daily Mail, Brook told the AELTC: “It is my intention to step down at the AGM in 2019 and therefore, if re-elected at this year’s AGM, I expect to serve only one year of my three-year term.”

“Regarding the election of my successor, the process will take place after the Australian Open and we expect to be able to announce the proposed new chairman by mid-March at the latest, thereby allowing a period of around eight or nine months working together before I hand over the reins in December 2019.”

Since Brook took on the position in December 2010, he has overseen significant changes to the venue, including the ongoing improvements being made to Court One – the club’s second biggest arena, culminating in the addition of a retractable roof above the court.

During Brook’s time in command, the iconic Grand Slam tournament has been the recipient of a range of awards, with Wimbledon named Brand of the Year at the 2014 BT Sport Industry Awards.

The news comes with the AELTC on the verge of making a landmark £65 million purchase of the adjacent Wimbledon Park Golf Club, which is viewed as a transformative opportunity for the club as it looks to expand amid similar upgrades at tennis’ other major event venues.

A final decision will be made in December, when members of the golf club will vote on whether to sell the 73-acre property.