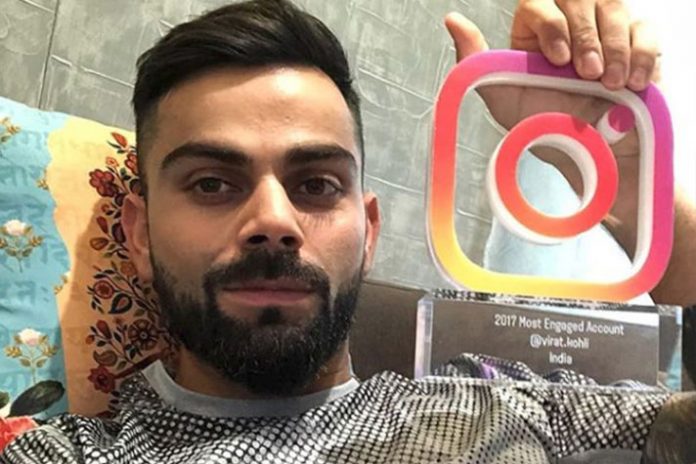 Virat Kohli can rake up an astronomical ₹82.5 lakh for a sponsored post on social media platform Instagram, where he had been ranked among the top ten athletes the world over.

The Indian cricket team captain and the biggest brand icon in the country, Kolhi is ranked among the top 10 athletes on the on the Instagram Rich List, released by HopperHQ.com, the Instagram post scheduling tool. He is ahead of the likes of Stephen Curry and Floyd Mayweather in the elite list, headed by Portugal and Juventus football icon Cristiano Ronaldo.

Kohli has an overall 17th position in the list with cosmic empire owner Kylie Jenner at the top and Ronaldo in the third position. The ratings are based on the number of followers, per post engagement and frequency of posts. To put things in perspective, the list topper Kylie Jenner may charge up to $ 1 million (₹6.8 crore)  for a post!

The Instagram Rich List for athletes is dominated by the football stars with Ronaldo, Neymar Jr, Lionel Messi, David Beckham, Gareth Bale, Zlatan Ibrahimovic and Luis Suarez occupying the top seven spots in the order of their mention. Mixed Martial Art fighter and boxer Conor McGregor is in the eighth position, just ahead of Virat Kohli, as Stephen Curry and Floyd Mayweather complete the tally of top 11 athletes.

The Indian cricketer is currently preparing for his litmus test in the five-Test series in England. The first match is scheduled at the Edgbaston ground, Birmingham, on August 1, Wednesday.