Kylian Mbappe has been linked with the Los Blancos since summer. After the French striker failed to sign a contract extension with the French champions, it has been touted that the youngster will join Real Madrid as a free agent. 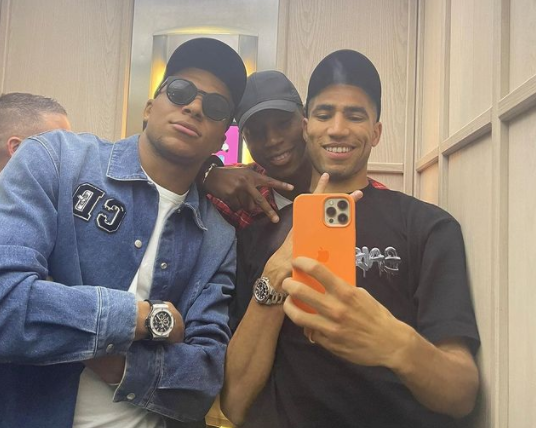 Mbappe has been heavily linked with a move to Real and his presence in Madrid has fuelled speculation he could be set to make a summer switch. Mbappe took to social media to tell the world that he is currently present in Spain.

Mbappe captioned the post: “Off”. It can also be a hint that the French striker is on his way to joining the Spanish team. The entire PSG squad has been given a couple of days of rest and the players are expected to be back in for the squad on Wednesday.

Also Read: Premier League: Tension BOILS in Chelsea dressing room, players ANGRY with Thomas Tuchel after being called to train on DAY OFF

In the recent few weeks, a couple of reports took the transfer market media by storm which stated that Mbappe would extend his stay at PSG by signing a big contract. Reports all claimed that his mother Fayza Lamari visited Nasser Al-Khelaifi, the PSG chief. PSG reportedly offered a £150million contract for a single year.

PSG manager Mauricio Pochettino also claimed last week that Mbappe will be staying at the Paris club in the future. Following this, a report landed that Mbappe had signed a fresh contract with PSG and the player would earn around £820,000 a week.