IND vs NZ LIVE: Rahul Dravid rushes to Eden Gardens – The T20 series may be already won but Mr Perfectionist Rahul Dravid isn’t letting a clean-sweep slip from his grip. He is known for his commitments and while the players including skipper Rohit Sharma went straight to the team hotel after arriving at the Kolkata airport, Dravid rushed to Eden Gardens to inspect the pitch and speak to the curator.

For Rahul Dravid, it has been a great start to his full-time coaching stint. India thrashed T20 World Cup runners-up in the 2nd T20I in Ranchi after a five-wicket win in Jaipur. But Dravid is Mr Perfectionist. He can’t leave anything to chance.

The Eden Gardens pitch remains largely unknown as the last international match took place in 2019 when India beat Bangladesh in a pink-ball Day/Night Test. While India were slated to play South Africa in an ODI in March last year, the match was cancelled due to the COVID-19 pandemic.

Since then, hardly any domestic matches have been played to understand how the pitch will behave. In the pink-ball Test, the newly-laid pitch assisted seamers had a field day, scalping 28 wickets. 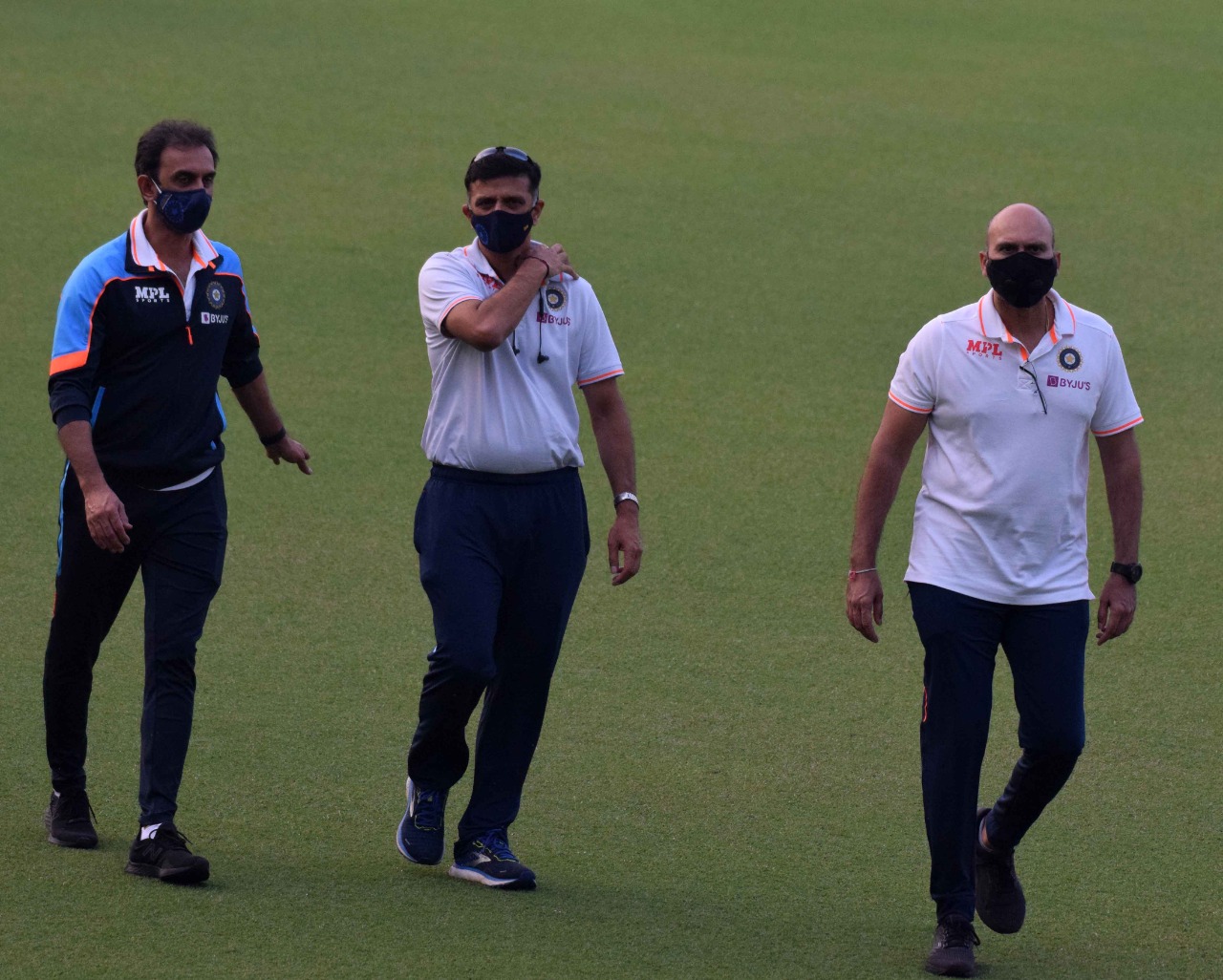 Hence, Dravid along with batting coach Vikram Rathour and bowling coach Paras Mhambrey rushed to Eden Gardens straight from the airport to take a look at the pitch and spoke to the curator Sujan Mukherjee.

Eden Gardens chief curator Sujan Mukherjee said the pitch was a good batting surface with 160 above seems to be the par score. “It looks like a good solid pitch with a lot of runs. We are expecting a side to score above 160,” Mukherjee said.

As for the venue, the state government has permitted only 70% of the capacity. That means, the 3rd T20 can expect around 45,000 crowds out of a possible 66,000. Hence, demands for tickets have been high with people seen cueing up at the ticket counters. The Cricket Association of Bengal has also arranged all safety protocols for the match.

For Dravid, it will be the first time that he will be stepping on the Eden turf as a coach. Rahul Dravid and VVS Laxman are called the adopted sons of Eden Gardens for their historic display in the Test match against Australia back in 2001. Dravid scored 180 while Laxman slammed 281 as Sourav Ganguly led India stopped Steve Waugh’s Australia.