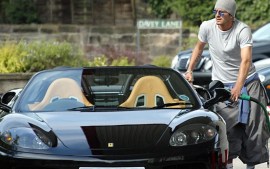 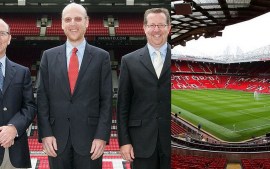 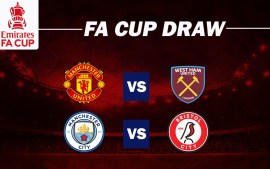 Atletico vs Manchester United: Bruno Fernandes – Bruno Fernandes and Interim manager Ralf Rangnick appeared before the media as Manchester United travel to Madrid to play Atletico Madrid in the 1st Leg of the UEFA Champions League Round of 16. Ralf Rangnick issued team news as they travel to Wanda Metropolitano and also shared his opinions on the reports about shifting the Champions League final from St. Petersburg. Bruno Fernandes gave his views on his Portugal international teammate Joao Felix. Follow InsideSport.IN for the latest sports news and updates.

🗯 “Tomorrow is about getting the best possible result,” Ralf continues.

“But the tie will not be decided tomorrow, it will be decided in the second leg at Old Trafford.” 💪#MUFC | #UCL

“Edi will not make the trip, he didn’t train and he has not been training for the last couple of weeks. He will not be part of the group. He has problems with his groin. As long as he doesn’t feel able to fully sprint it doesn’t make sense to push him.”

“It is still a long way to the final. If we are to have a chance we need to beat Atlético. What happens then, this is something for Uefa or politicians to decide upon. We all hope things will de-escalate. That’s more important than a Champions League game if we’re honest.”

Reporter: In the last couple of games, the team has played better. Has that built some confidence ahead of clearly one of the most important games of the season?

Bruno Fernandes: “I think the team has been playing well, even in games we didn’t win. Obviously when you don’t get the results, it’s not perfect for you, and obviously we know that. Winning games gives you more confidence and going into this game that’s important as it’s a difficult one. Having that confidence of winning games gives you something more to be prepared for the game, to be more focused and to understand that if we do the right things and the things we worked to do, and if we stick to the plan from the first minute to the last minute, we can win the game.”

Reporter: As one of the senior players and most influential players in the squad, can I ask you… there has been a lot of talk about unity or lack of unity and players maybe going in different directions. What does it feel like from inside, because clearly you need to be moving in the same direction if you’re going to have any chance of success?

Bruno Fernandes: “I don’t know what people mean by that, honestly. I was doing an interview now and they asked me about Jadon doing my celebration. I don’t think that is something that is going in different ways. I saw the game and the goal of Harry’s and I’m seeing Paul running behind him and sliding on his knees, happy for him. I was looking at his head and saying, ‘finally he has scored with that big head!’ I think honestly it is people trying to complain and making stories about this club, because we know when people talk about this club or about some player at this club, they go around the world with their voice and that is something that they want. For us it means nothing and for us, as I said before, if we stick to the plan and if we stick together, that’s the main thing. Sticking together and winning together.”

Reporter: I wanted to ask you about your compatriot in the national team, Joao Felix. You’re going to face him tomorrow. He is not showing his true potential for Atletico at the moment so is it the club’s problem or the player’s problem and what advice would you give him?

Bruno Fernandes: “I don’t know what the problem is. What I know is he has unbelievable quality, he has huge potential and is still very young. So I think sometimes we forget the age of his players and at his age he is still in a phase of growth. When Atletico bought him, he had only played six months in the First Division of Portugal so that shows you the kind of quality he has because it is not just any club that would pay the money that Atletico did for him. We also know Atletico wasn’t the only club that was after him so they were really keen to get him as quickly as possible. Obviously then the qualities have to go along with the team itself and everyone knows what [Diego] Simeone asks you for, he likes aggressive players. We know that he [Joao Felix] is a very technical player, he can defend as well, I believe, I have played with him and I know he can do that. But I think he’s a player that needs to have a bit of freedom but I don’t know what is happening within the club so I can’t really comment on that.

“I can say what I have seen [of him] at Benfica. What I have seen at Benfica is a player that can get to a level that very few can get to. So I think he has all those necessary qualities to get there and I think later in the future, or sooner or later, he’ll do it, whether that’s at Atletico or another place. When I have spoken to him, I talk about his personal life with him, I don’t really talk about his footballing situation. I think when I speak to him it is just generally about personal things, how he’s doing and that’s it really. I don’t really go beyond that and speak about what goes on at the club and what he thinks, what he wants. But I know he’s a really good guy, he has great quality and I’m sure, whether that’s at Atletico or another club in the future, he will have a great career if he continues like he is.”

Reporter: On Ronaldo… he’s won this competition five times, he’s scored some really important goals this season already, so what’s he been like this week when it comes to the knockout stages?

Bruno Fernandes: “Obviously as you said before, Cristiano has won this competition many times and everyone knows that in this kind of competition, he has that smell for a goal, that smell for doing different things. In the same way, we have Rapha who has also won the Champions League, four times I think, so he is another player who is capable of what to do. But it is always the first time for someone that wins. Sometimes it is about someone who has more experience, sometimes it is about someone who has experienced it for the first time. When Cristiano won it for the first time, he was probably not the most influential player but he still helped the team to win the Champions League. So it is all about everyone sticking together, doing the same things, having the same focus and obviously any player that can decide games for us at any moment is always helpful. Whether that’s Cristiano or another one, the most important thing is winning the game and going through this stage.” 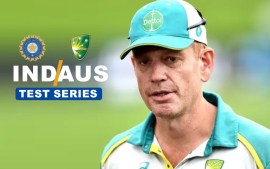