ZIM vs IRE Highlights: ZIM vs IRE 2nd T20 – Opener Ross Adair struck a brisk 65 as Ireland levelled a threematch Twenty20 series against Zimbabwe with a six-wicket victory in Harare on Saturday. Zimbabwe made 144 with captain Craig Ervine top scoring on 42 and Ireland knocked off the runs with two balls to spare, setting up a series decider on Sunday. Follow Zimbabwe vs Ireland Updates with InsideSport.IN.

IRELAND WIN AND LEVEL THE SERIES

Hearts in mouth stuff at the end of the game but Campher and Dockrell get us over the line with 2 balls to spare. All set for a decider tomorrow 🙌#ZIMvIRE | #BackingGreen ☘️🏏 pic.twitter.com/9SoXv4mbFe

It was a huge change of fortunes for him as he made only five runs in his international debut on Thursday, with Zimbabwe winning by five wickets. Adair departed after trying to clear long-on off left-arm quick Richard Ngarava, miscuing his shot and picking out Wessly Madhevere.

Balbirnie atoned for a poor showing in the first match with his runs coming off 31 balls in an innings that included a six and three fours. When Adair departed, Ireland were 119-3 and needed 26 runs from four overs to win. Tector departed with nine still required before George Dockrell hit a six to secure victory. 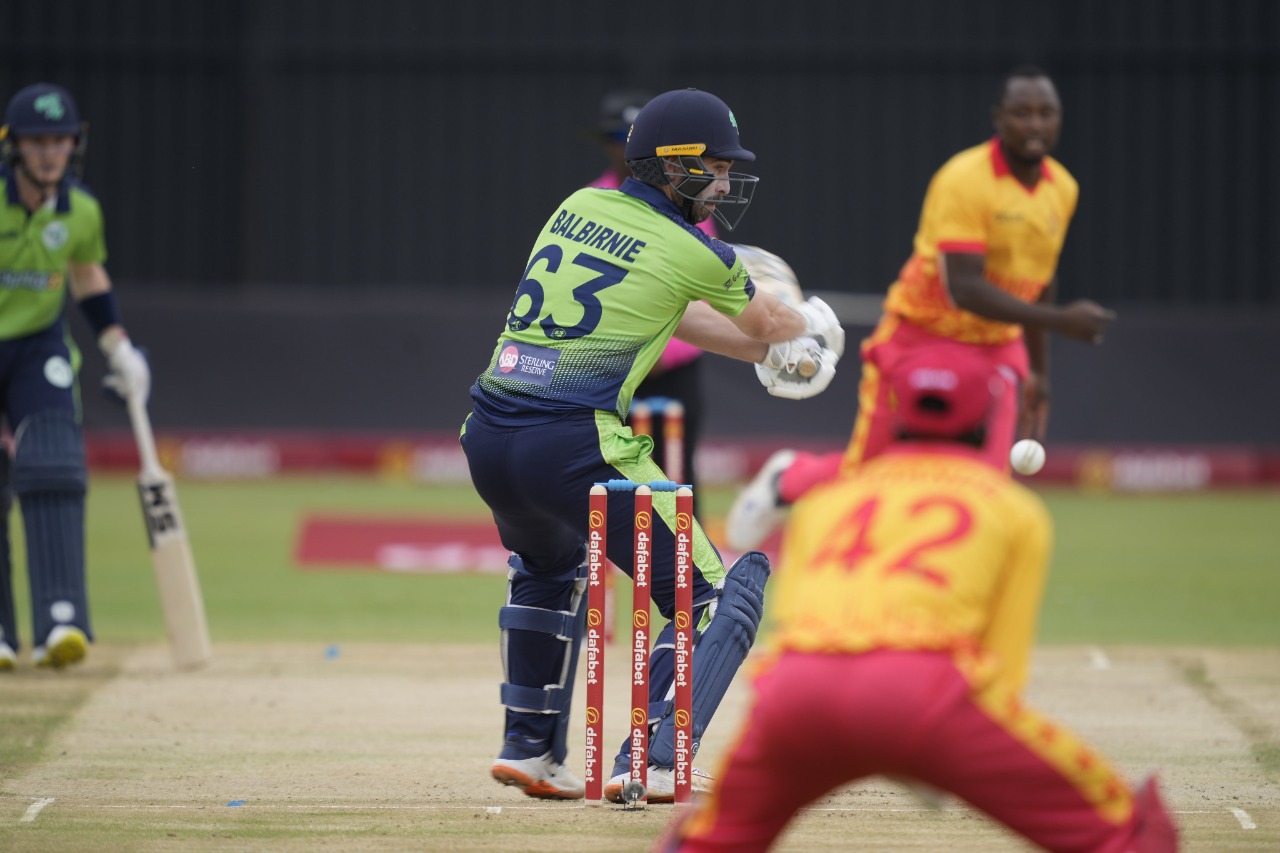 Put in to bat after losing the toss and one wicket down with just six runs on the board, Ervine took charge with his 40-ball innings, which included four fours. He was undone when attempting a scoop shot off a back-of-a-length delivery from Graham Hume, top-edging it to fine leg where Tector made the catch.

South Africa-born Hume, promoted in place of Barry McCarthy, was the most effective of the Irish bowlers taking three for 17 while Tector took two for 22.