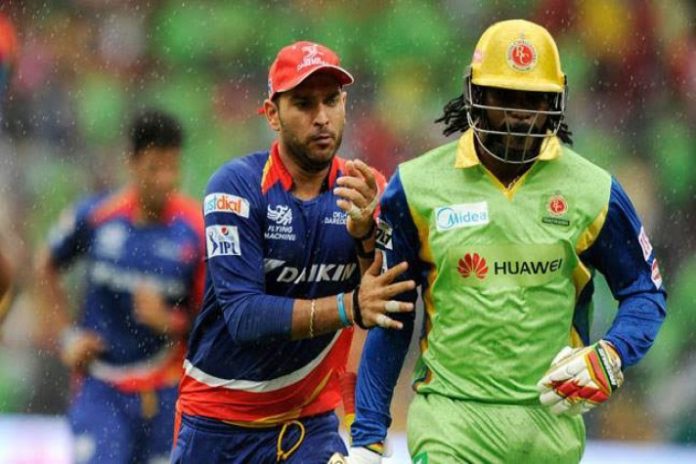 Former India batsman Yuvraj Singh will be among hosts of past and present stars who will feature in the Ultimate Kricket Challenge tournament here in February next year.

Chris Gayle, Shahid Afridi, Kevin Pietersen, and   are some of the other big names roped in for the five-day extravaganza of ‘cage cricket’.

They will compete in this distinctive one-to-one Ultimate Kricket Challenge in an indoor spectacle, a statement said.

Yuvraj and Gayle launched the event, which is tentatively scheduled to be held from February 18 to 23.

“I can’t wait to have a practice run. It’s a new and exciting format and its growth depends on how we start the first edition,” said Yuvraj.

Match-ups will be between two cricketers for a contest of 30 balls per player. If a player gets dismissed five times, his innings are considered to be over while each match will be determined by the number of runs scored.

Read: The Hundred Draft LIVE: No buyers for Gayle, Malinga