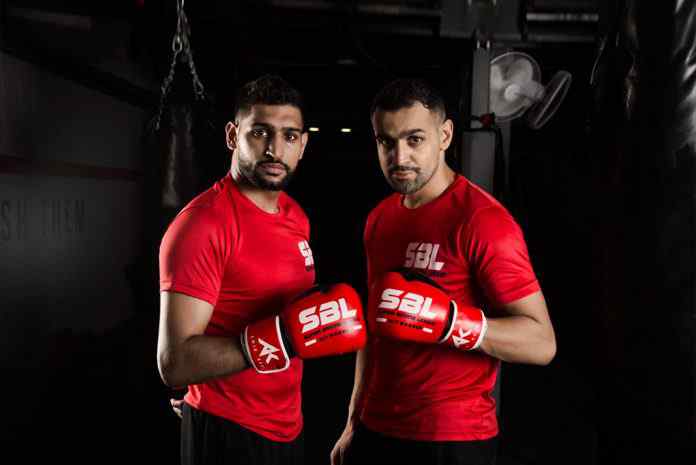 Boxing in India is a growing sport. There is an emerging market for professional boxing in the country. The viewership data for the freestyle professional wrestling entertainment establishes the tremendous appetite Indian sports lovers have for combat sports.

The Super Boxing League, showcasing top indigenous and global boxing talent, is the next big stage for the combat sports in India. The concept of building boxing into a franchisee-based league action has been brought up by the Indian-origin British businessman Bill Dosanjh, who is also the founder and promoter of well-established Super Fight League.

Dosanjh, on the ringside of the SBL action in Delhi, shared commercial and sporting aspects of the league. Here are the excerpts:

InsideSport: What was the motivation for bringing a boxing league in India?
Bill Dosanjh: Boxing as a sport has been deprived in India for so many years. The boxing federation had been defunct for a long time and there have been not many commercial events for the athletes to showcase their skills. Each sport needs a strong platform for commercial success and creating its sporting heroes. This goes for any sport you take, when you bring corporates into the sport, it starts getting recognition.

In Super Fight League, we build a structure for so many athletes when we got on board Hero Cycles, Dabur Group, Intex, V-John and many more. They backed the venture and that made all the change in creating an ecosystem.

Now, with the boxing league we wish to do the same. This sport brings medals from Olympics, and this is the first ever boxing league in the world. With a franchisee model we wish to build fan loyalty just like in any other team sport. The best part is that we are backed by the World Boxing Council (WBC). This will elevate the career of these players.

IS: How will be the commercial model to establish and grow the concept?
BD: We have got great corporate support and it is time to keep it relevant all year round. We are doing with our gym program, and have a forecast of 100 gym programs over the next five years. We build a franchisee model, where every franchise is committed to build gyms in their local region. The gym will be designed in such a manner where we will have a boxing ring in the middle, 12 workhouses that a boxer will use to get fight fit. Within 25 minutes there will be 12 rounds and within this time period player will have a workout of his life.

Fans can also engage, use the facilities and the fighters will help coach them. It will be like nurturing new grassroots talent.

There is a need to develop this sport from grassroots level. Then, we will expand the model. No other league is delivering such a model. We will expand to various cities and it is an amazing plan to grow the sport.

IS: What has changed from Super Fight League to Super Boxing League?
BD: If you look at both these sports, they complement each other. The biggest sporting event is going down on August 26 with a professional boxer fighting an MMA fighter. And fans want to see how a boxer will do against an MMA, guy. (This was, off course, with a reference to Mayweather Vs McGregor.)

We have already answered this through SBL. We have got Sandeep Dahiya, who knocked everyone out. We have Asha Roka, a boxer who joined MMA as she was not getting an opportunity and now is back to boxing.

We had a vision for both these sports. Fans are answering it. We launched SFL in 2012 because wrestling had the core fundamentals in India to grow. Every village has ‘Akhada’ and ‘Kushti’ is indigenous to us. I think this will help us to enhance both the sports. Both the combat sports, Boxing and MMA have global audience.

IS: Your take on the commercial prospects on these big investments?
BD: For the first few years, it is not easy to sustain. As a company we have spent around Rs 100 crores and then franchisees have huge commitments towards the team and growing the gym business. All together we are working for the development of sport initially.

In America, every league has around millions of dollars through TV rights and the next big thing is digital. But in this country, it is only cricket and who will be next? Kabaddi, ISL, SFL or SBL?

I believe both these sports have the potential. For now, it is about creating an ecosystem.

IS: Will the fans see SFL and SBL running simultaneously in a manner that one does not pay the price for the others’ success?
BD: Absolutely, both the leagues will continue to entertain fans. We will have two leagues for 12 weeks each. We have created an ecosystem and now it is time to grow it. We are planning to have home and away model from year three. Home matches being played at University Campuses. Like Punjab will play at Lovely Professional University, UP playing at Amity University and this is how we will try to reach and engage the youth into the sport.

Bill Dosanjh’s passion for combat sports can be seen through his aggressive engagement during the meetings, matches and promotions. He is always involved with the players and management, and on-board with him is his close friend, Amir Khan, a UK-born boxer and also the Business-managing partner for SFL and SBL.