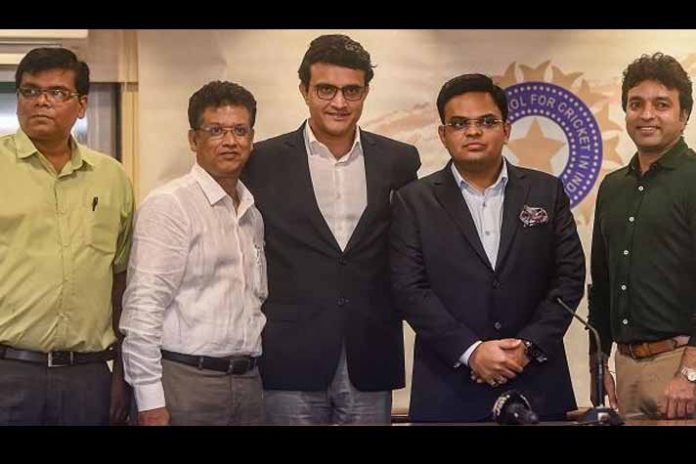 Saurav Ganguly is leading the youngest team in to the office of the Board of Control for Cricket in India.

The 47-year-old former India captain Ganguly needs no introduction but the four other office-bearers who were elected unopposed here on Wednesday do. Following is the synopsis of their journey in cricket administration.

Jay Shah, secretary: The 31-year-old is the youngest office-bearer in the BCCI. Jay, who is Home Minister Amit Shah’s son, has been with the Gujarat Cricket Association (GCA) since 2009. He was elected GCA joint-secretary in September 2013.

Arun Singh Dhumal, treasurer: He too hails from a political family with his elder brother Anurag Thakur currently being a Minister of State (Finance and Corporate affairs). Thakur was removed as BCCI president in January 2017. Dhumal, 44, served as vice-president of the Himachal cricket body, HPCA between 2012 and 2015 when Thakur as its president.

Dhumal also led a three-member ad-hoc committee that was formed to run HPCA in the wake of Lodha panel recommendations to reform Indian cricket. He also has the experience of representing HPCA in the BCCI.

Change of Guard: Ganguly takes over as BCCI president, end of CoA era

Mahim Verma, vice-president: His father P C Verma has served as secretary of the Cricket Association of Uttarakhand (CAU). Mahim, 45, himself was CAU’s joint-secretary for 10 years until September when he was elected the association’s secretary, soon after the body got BCCI’s recognition.

Five major challenges Ganguly has to deal with as BCCI president