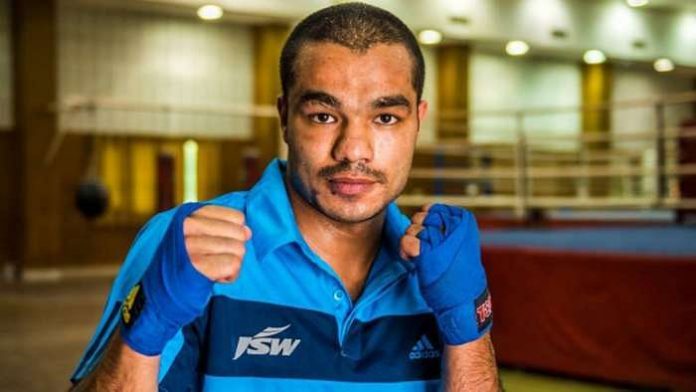 Juggling careers in amateur and professional boxing is tough, admits star Indian boxer Vikas Krishan Yadav but the Commonwealth Games champion says it is absolutely essential to his goal of an unprecedented Olympic gold.

The 28-year-old Vikas, who won a middleweight gold and a bronze in the 2018 Commonwealth Games and the Asian Games respectively, forayed into professional boxing last year, winning both his bouts till now.

He returned to amateur fold in December last and having qualified for the Tokyo Games, will head back to the pro circuit in the USA, most likely next month.

“It is difficult to switch…Amateur is about scoring points while it is about hurting people in professional boxing. But you have to do some odd things to win gold in Olympics,” Vikas said during a webinar to mark the second anniversary of the Inspire Institute of Sports (IIS).

“You cannot be doing the same thing as others,” he asserted.

Vikas is currently training at the IIS in Bengaluru after the furore generated by his violation of the COVID-19 quarantine protocol ahead of the national camp in Patiala.

Asked about his plans for next year’s Olympics, he said, “My first target of qualifying for Olympics is fulfilled. Now I am four months into training for professional bouts. I will come back in January and February to prepare for the Olympics.

“I am training with one of the best coaches in the world. I am up for professional bouts in September and October. After that he (the coach) will find out my mistakes and work on them for the Olympics.”

He said after fulfilling his Olympic mission, he will turn completely professional.

“I am in that kind of state of ‘give me a gold (in Olympics) and take my life’. I have not thought after Tokyo (regarding amateur boxing).

Vikas said the postponement of the Tokyo Olympics by one year due to the COVID-19 pandemic has given him more preparation time.

“When the postponement was announced, I was not affected much. I just thought it was a part of life and it happens. I take things in life in a positive way,” he said.

“Last time, I qualified for the Olympics late and I did not have much time to prepare. This time I have one more year to win a gold in the Olympics.”

The boxer from Haryana also said that he is trying to develop a mind that knows no fear of the opponent.

“Some years back, some Indian boxers had the mindset that we should not lose in the first round or the second round, we should not face Russia in first round. But my mindset is whoever comes in front of me, I will beat him. That is in my subconscious mind.”