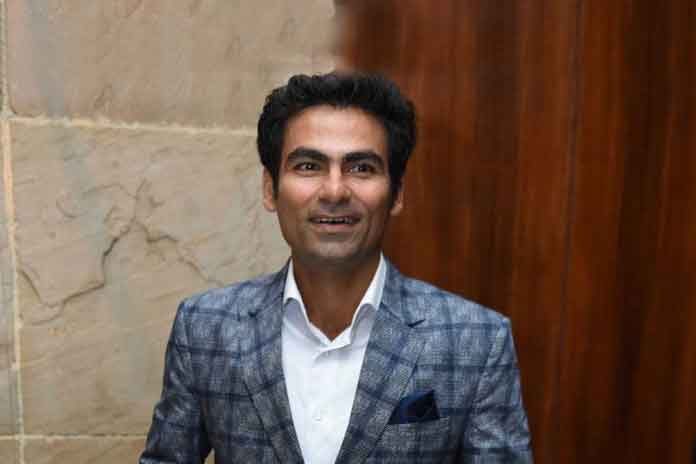 The Indian team has set 16.1 as the Yo-Yo test benchmark for the past couple of years and any player failing to clear the test is not selected.

“Fitness is important as we have that the fielding standard of the Indian team has improved a lot. But there should be a balanced approach,” Kaif said at the Ekamra Sports Literature Festival here during a panel discussion on the topic ‘The Secularist and Cricketer’.

“If a player is scoring runs and taking wickets, dropping him solely on the basis that he could not pass the ‘Yo-Yo’ is not good,” said Kaif, who was one of the fittest players of his time.

The most recent example was Ambati Rayudu, whose national comeback after nearly two years was stalled when he failed to clear the Yo-Yo test despite scoring 600 plus runs in the IPL.

Subsequently, Rayudu cleared the fitness test and was picked for the Asia Cup.

“When I was in the team, there was test (beep test) to know the fitness of the players but never was a player dropped from the team. He would be told that his fitness level was not good and will have make improvements in the next few months.”

Kaif also found it strange that Rishabh Pant is being tried as an outfielder in 50-over cricket.

“Rishabh is basically a wicketkeeper but he has been made to field everywhere. I believe he will not be comfortable with that,” said the 37-year-old Kaif, one of the best fielders of his time.

“With captain Virat Kohli setting an example in fitness standards, the team is doing very well and that is reflecting on the results.”

Kaif, who fought 2014 general elections, does not rule out joining politics one again.

“I fought the election on a Congress ticket and lost. As of now, I am not thinking of joining politics and fight elections once again. But you will never say never,” he said.

“I found out that politics divides people. I wanted to serve the people and do something for the society, that is why I fought elections.

“Now I am associated with the game and sharing my knowledge with youngsters in my academy. I want as many players from Uttar Pradesh to the Indian team,” said Kaif who played 13 Test and 125 ODIs between 2000 and 2006.

He said sports transcends all boundaries like religion and caste.

“There are these dividing factors in society and we know that. But sports is above all these. You perform, score runs and take wickets. You will get selection irrespective of the religion, or caste or region you belong to. In my whole career, I have never felt discriminated on that basis of anything. It was all about performance,” he said