YearEnder 2022 Weightlifting: Mirabai Chanu 2022 Achievements- The legend of Mirabai Chanu continued to grow as she added a second World Championships…

YearEnder 2022 Weightlifting: Mirabai Chanu 2022 Achievements- The legend of Mirabai Chanu continued to grow as she added a second World Championships medal to her much-decorated trophy cabinet while other Indian lifters too revelled in the glory of a power-packed performance at the Commonwealth Games in 2022. Follow Latest Weightlifting Sport News Updates with InsideSport.IN.

They say winning is a habit and Mirabai has certainly made one. The lifter from Manipuri expectedly bossed the 49kg field at the Commonwealth Games to give India the first gold medal of the Birmingham edition. It was not a question of if, but the margin of gold medal win as Mirabai was assured of title the moment she entered the not-so-competitive field.

Such was her domination that the second-place Mauritian Roilya Ranaivosoa finished 29 kgs behind her. It was Mirabai’s third CWG medal and second consecutive gold. The diminutive lifter ended the year with a bang, fetching a silver at the world championships, once again, giving everyone a master class in grit and determination.

If she battled painful menstrual cramps to win the Tokyo Olympics silver last year, Mirabai overcame a wrist issue to claim her second world championships medal, adding to her 2017 gold. She lifted a total of 200 kg with 87kg in snatch and 113kg in clean & jerk. The clean and jerk effort also fetched her a silver medal in the section. 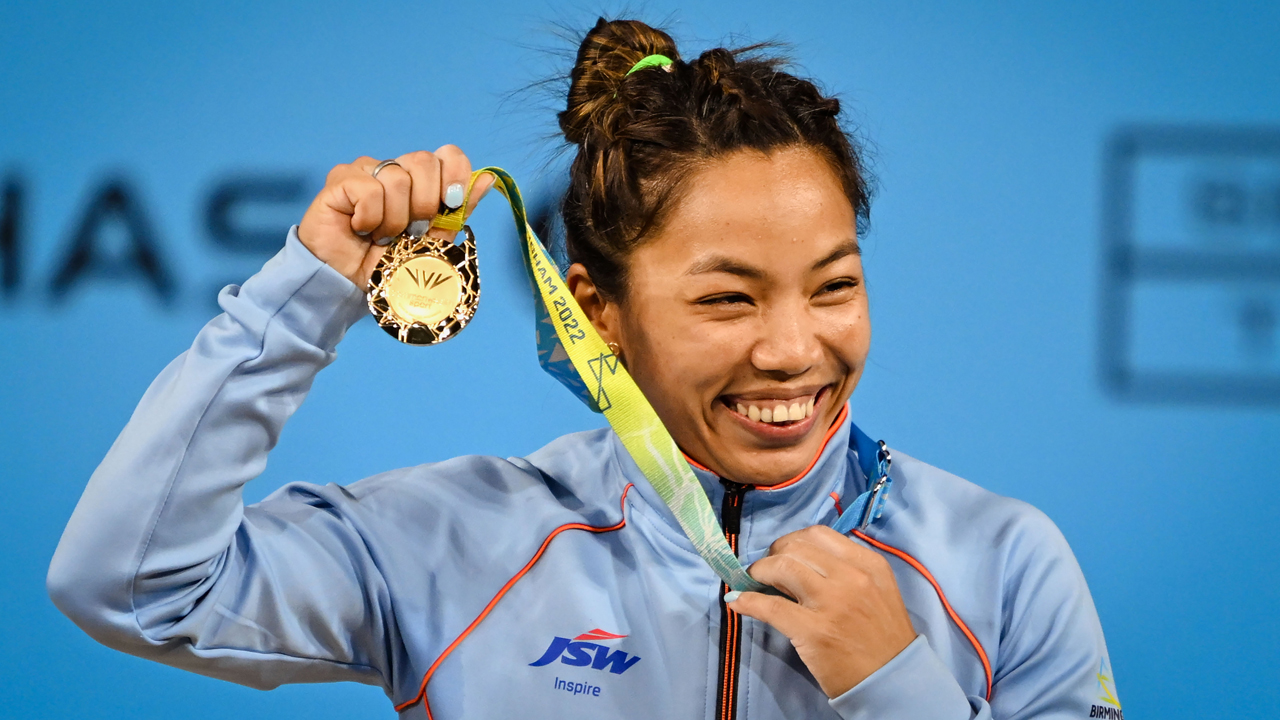 But as another year passed, the much-anticipated 90kg snatch lift continued to elude her. And that is perhaps the biggest downer for the tenacious Mirabai, who has been trying to pull off that one lift since 2020 as more and more opponents achieve the feat in the run-up to the Paris Olympics.

Earlier in July-August, the senior weightlifters set the ball rolling at Birmingham with Mirabai going on a record-smashing spree. Records continued to tumble with Jeremy Lalrinnunga claiming his maiden CWG gold medal, obliterating the Games record in snatch and total weight with an aggregate of 300kg (140kg+160kg).

Achinta Sheuli too shattered the Games record in snatch and total lift on his way to gold with an effort of 313kg(143kg+170kg). Indian weightlifters bagged a total of 10 medals, including three golds as many silvers, and four bronze. While Mirabai (48kg), Jeremy (73kg) and Achinta (77kg) took home gold medals,

India topped the medals tally in the sport in the tournament.

But the lifters, barring Mirabai, were not able to take forward the CWG momentum. Most of them skipped the Asian and World Championships and for those who didn’t, the gulf between them and the other lifters around the world was visible.

Apart from Mirabai, the four other Indian lifters were placed in groups C and D, failing to finish even in the top 20 in the worlds earlier this month. The lifters who register the highest entry weight are placed in group A, followed by B and so on.

In another highlight, India got its maiden junior world champion in the sport in Harshada Garud. Competing in the 45kg event, the 19-year-old achieved something that even the likes of Mirabai couldn’t in her junior career — an elusive gold medal in the prestigious tournament in May.

Continuing her good run, Harshada went on to add a bronze medal at the Asian Junior championship a couple of months later in July with a better total effort. Her total aggregate of 157kg (69kg+88kg) was four kilograms better than her junior world’s effort.

HOPE FOR AN OLYMPIC FUTURE

Weightlifting lost more than half of its athlete quotas since the 2016 Olympic Games and will have only 120 places in Paris. It is currently not a part of the 2028 Los Angeles Olympics. But in the past year, the International Weightlifting Federation (IWF) has taken steps to ensure the sport remains a part of the Olympics roster.

To overcome doping which has marred the sport for long, the IWF Board voted unanimously to stop countries from competing if they will not conduct out of competition tests on their athletes. It kept alive weightlifting’s chances of featuring in the LA Games.