YearEnder 2022 Hockey: India in hockey 2022: The Indian hockey teams continued their upward trend in 2022, with the women’s side slightly…

YearEnder 2022 Hockey: India in hockey 2022: The Indian hockey teams continued their upward trend in 2022, with the women’s side slightly outperforming their male counterparts by clinching a Commonwealth Games medal — a bronze after 16 years. Follow Latest Hockey live updates with InsidesSport.IN

In Birmingham, both the Indian men and women teams picked up their third CWG medals. While the men’s team won silver, the women bagged a podium finish after 16 long years. The Indian women had won gold at the Manchester CWG in 2002 and silver at Melbourne four years later. 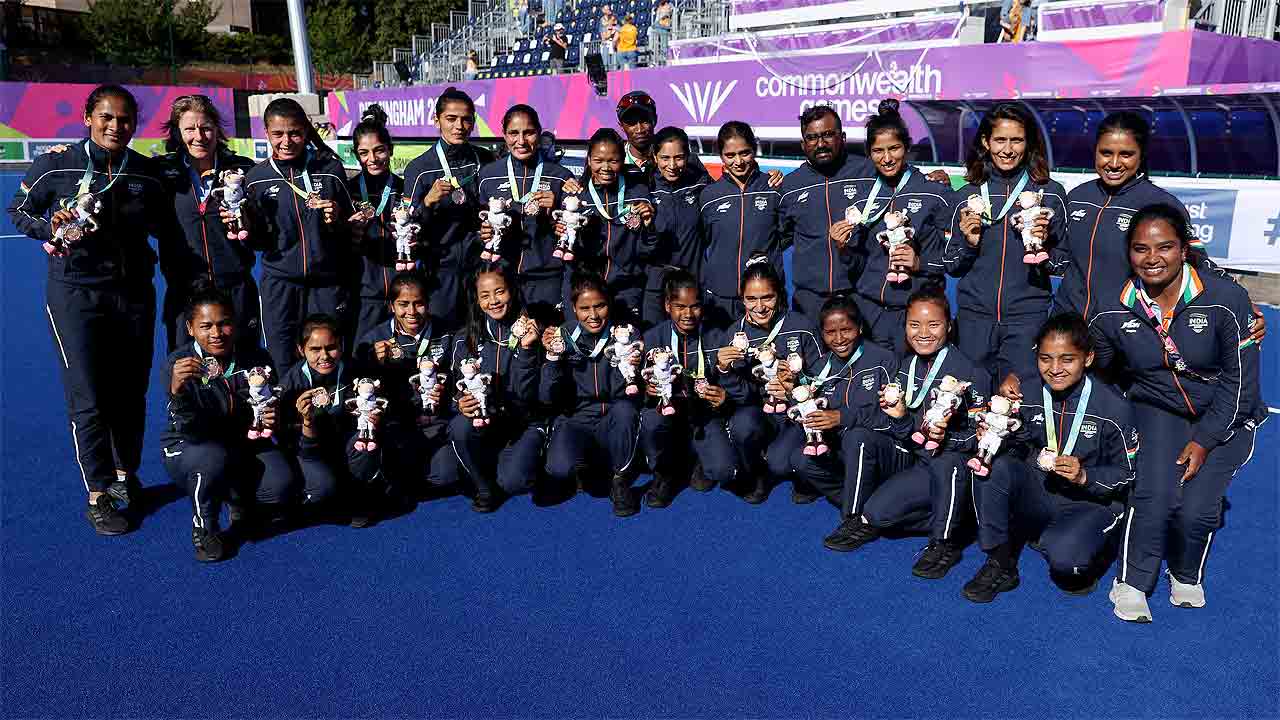 The Indian women’s team defeated 2018 Gold Coast CWG champions New Zealand 2-1 in the penalty shootout to claim the podium finish. Towards the end of the year, the women proved that the CWG bronze was not a fluke as they continued their upward graph under Dutch coach Janneke Schopman, defeating Spain 1-0 to win the inaugural FIH Nations Cup in Valencia and qualify for 2023-24 FIH Pro League.

The women proved they were no pushovers anymore in world hockey as they remained unbeaten in the Nations Cup, putting up brilliant performances to reclaim their Pro League spot. The women had finished a creditable third in their debut Pro League season in 2021-22 but failed to qualify for the 2022-23 season.

The year started on a bright note for the women’s team as it finished third in the Asia Cup, beating China 2-0 in the bronzemedal match. The Indians, however, lost out on a medal in the Junior World Cup by a whisker after losing 0-2 to England in the bronze-medal game in Potchefstroom, South Africa in April.

To rub salt into India’s wounds, the women endured a forgettable World Cup in Spain and Netherlands, finishing ninth with one win, three draws and two losses. But they bounced back in style and fought their way to the podium in Birmingham a month later.

The men too witnessed success in 2022, the most notable being the silver in Birmingham. But more than anything else, the team would still be smarting from the 0-7 drubbing at the hands of Australia in the CWG final. It was a nightmarish outing for Graham Reid’s men as they were bamboozled by the Kookaburras in all departments of the
game. But the Indian men had their share of success as well. They began the year with a third-place finish in the Asia Cup in Jakarta and followed it up by winning the inaugural FIH Hockey 5s tournament in Lausanne, where they beat Poland 6-4 in the final.

In between, India also won the 10th Sultan of Johor Cup, an international men’s under–21 tournament, beating Australia 4-5 on penalties after both teams were locked 1-1 at the end of regulation time. India played three Pro League matches, two against New Zealand and one against Spain, at the Kalinga Stadium in Bhubaneswar. While India defeated New Zealand 4-3 and 7-4, they lost 2-3 to Spain.

Towards the end of the year, the men’s team toured Australia for a five-Test series, where it challenged the world no.1 side in all departments of the game. The Indians might have lost the high-scoring series 1-4, but they proved that they have improved by leaps and bounds after the CWG final drubbing and will be a force to reckon with in the World Cup to be co-hosted by Bhubaneswar and Rourkela from January 13 to 29 next year.