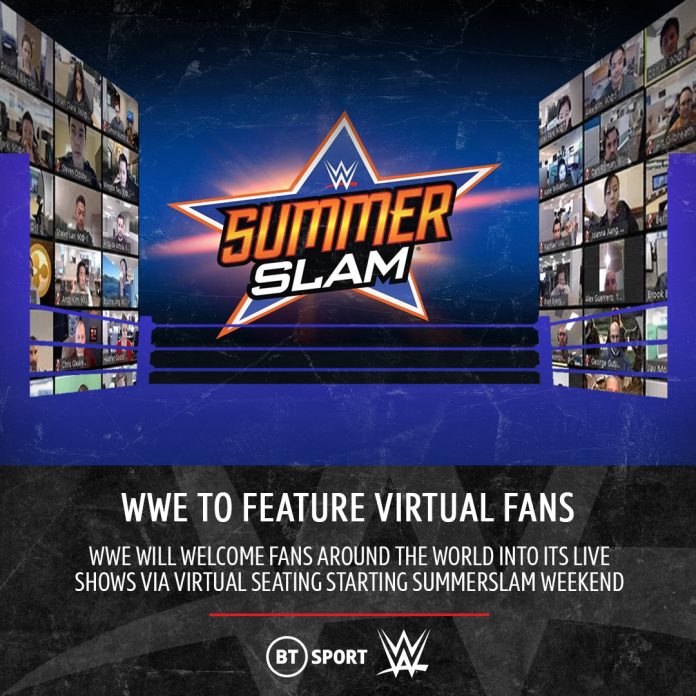 WWE News: WWE ThunderDome is an interesting concept that will see fans joining WWE shows live. With this, fans will now be able to virtually attend WWE shows, starting this week on Friday Night SmackDown.

? WELCOME TO THE WWE THUNDERDOME ?

Fans will be able to watch live being displayed on 2,500 square feet of LED Panels around the arena…

We’re looking forward to this! pic.twitter.com/5HPxKLuYGk

“Like the NBA, we’re doing virtual fans, but we’re also creating an arena-type atmosphere. We won’t have a flat board, we’ll have rows and rows and rows of fans. We’ll have almost 1,000 LED boards, and it will recreate the arena experience you’re used to seeing with WWE. The atmosphere will be night and day from the Performance Center. This is going to let us have a WrestleMania-level production value, and that’s what our audience expects from us. We are also going to put arena audio into the broadcast, similar to baseball, but our audio will be mixed with the virtual fans. So when fans start chants, we’ll hear them.”

The news of WWE ThunderDome has got everyone talking, speculating what the unique set would look like. We now have some interesting leaked photos as well as a video (courtesy Pro Wrestling Sheet) giving us the first look of WWE ThunderDome being set up in Amway Center, Orlando, where all the shows will be taking place, starting this Friday on SmackDown.