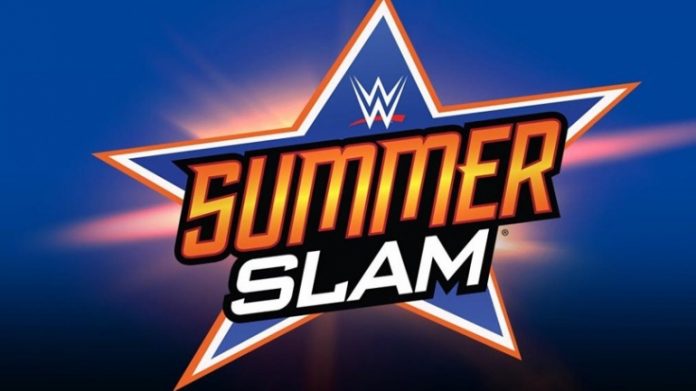 WWE SummerSlam 2020: WWE’s next biggest event of the summer is just a week away from Sunday to stun everyone. SummerSlam is scheduled to take place this Sunday Live from Amway Center, Orlando. Now five months into producing shows under coronavirus constraints, WWE is doing something different. Until now, its shows have taken place in its Performance Center. SummerSlam will instead air from the “Thunderdome.”

However, we have official confirmation of eight catastrophic matches for this flabbergasting event that will blow your mind. WWE RAW has announced five matches for this extravagant event and nevertheless WWE Smackdown also has added three astounding segments for this event.

For this event Six-championships will be on the stake. It further includes two stipulation matches that are also going to be part of this thunderous night at SummerSlam.

Moreover, let us check out the confirmed matches from both WWE RAW and Smackdown so far for SummerSlam

Can @RandyOrton capture his 14th #WWEChampionship by dethroning @DMcIntyreWWE at #SummerSlam?! #WWERaw pic.twitter.com/YhUN7gobVg

The bitter rivalry between @WWEAsuka and #WWERaw Women’s Champion @SashaBanksWWE will come to a head in a title showdown at #SummerSlam on Sunday, Aug. 23! https://t.co/EoI0NBcKKD pic.twitter.com/FUE0Ne3ay8

WWE has added a stipulation for Seth Rollins and Dominik Mysterio’s match at SummerSlam that it would now be a “Street Fight” match. This match has become official after both these belligerents went into a brawl in the last week on WWE Raw. Seth Rollins eagerly accepted the challenge of Dominik Mysterio to battle out at SummerSlam 2020 and vowed to give Dominik the same taste as he has done to his father Rey Mysterio at Extreme Rules.

#SummerSlam will be a BUSY NIGHT for @WWEAsuka!

The #EmpressOfTomorrow is set to ALSO challenge @itsBayleyWWE for the #SmackDown Women’s Title at The Biggest Event of the Summer! https://t.co/45HSEHgOV5 pic.twitter.com/HIEHp6mYdR

A Triple Brand Battle Royal match took place this week on SmackDown Live to decide Bayley’s opponent for her SmackDown Women’s championship at SummerSlam. Women from all three brand participated in this Battle Royal, however, a surprising entrance of Asuka changed the scenario of this match.

Braun Strowman shocked the WWE Universe two weeks ago on Smackdown Live when he announced that he is ready to face Bray Wyatt at SummerSlam in a championship match.

However, after this major was announced WWE also made it official that Braun Strowman will defend his Universal championship against “the fiend” Bray Wyatt at SummerSlam.These two will be facing each other for the third time this summer and this time for the championship match. It was Bray Wyatt who stood tall over Strowman last time when both of them faced off against each other in a “Swamp Fight” at Extreme Rules.

Braun Strowman made it clear this time he will break the shackles against “the fiend” and end his maniac once for all. Throughout this rivalry, Wyatt showed a little hand over “the monster among men” and this time it could be interesting when they meet each other at Summerslam to end this rivalry with a high-note.

A (“Hair vs Hair” match)
Mandy Rose vs Sonya Deville

.@WWE_MandyRose and @SonyaDevilleWWE will put their locks on the line in a Hair vs. Hair Match at #SummerSlam! https://t.co/U23zXZa0ln pic.twitter.com/kJpwGq0sgR

After the catastrophic match between Seth Rollins and Rey Mysterio at Extreme Rules for “An eye for an eye” contest. Now we have one more contest like it. As it has been announced this week on SmackDown Live that Mandy Rose will take on her former friend Sonya Deville in a “Hair vs Hair” match at SummerSlam.

Later in the show, Deville said she was surprised by Rose’s earlier challenge. She then said after she thought about the idea, she realized Rose would look great bald before promising to destroy Rose once and for all. Deville finished by officially accepting the match.

It would be a bizarre contest between these two old friends when they collide at the same time in the ring at SummerSlam. But only one will stand tall against others. However, based on current performance it seems like Mandy Rose has the upper hand after what she had done to Sonya Deville last week on SmackDown Live.