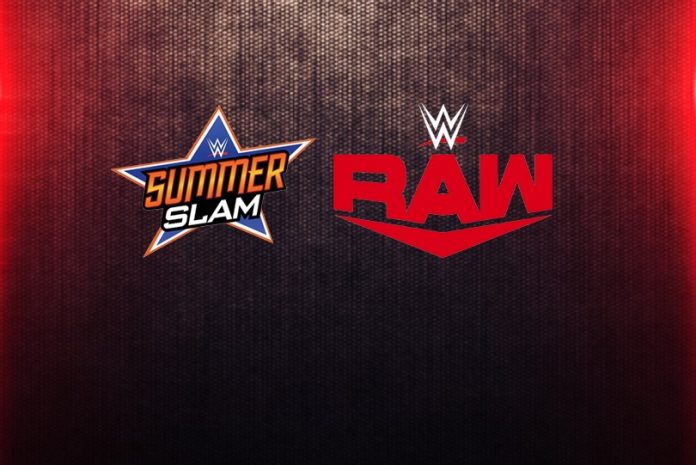 WWE Raw Preview: WWE Raw has almost added every match for WWE’s upcoming PPV SummerSlam. The biggest party of the summer at SummerSlam is just a week away from bring the best out of it. WWE SummerSlam is all set to take place at Amway Center, Florida on 23rd August 2020.

However, the week’s RAW would be the last episode before this flabbergasting event. The red brand has already announced the return of two-time Hall of Famer Shawn Michaels this week on RAW to confront Randy Orton for his vicious action on Ric Flair last week.

We saw last week on RAW Underground some WWE superstars participated in that battleground to make their mark over there. One of them was WWE superstar Shayna Baszler, who stomped down three Raw Underground talents in half. We may also witness the same this week on RAW before SummerSlam.

Nevertheless, Rey Mysterio provides an update on his possible return this week on RAW to seek answer from Seth Rollins for his ferocious attack on his son Dominik Mysterio last week on RAW.

Now, it is time to check out who can be the top 5 superstars who can headline this week’s red brand.

Who might show up looking for a fight tomorrow night on #WWERaw?
? 8/7c on @USA_Network. pic.twitter.com/SfSR62x2J4

The new initiative of WWE RAW Underground is all set to blow your mind. After the last week’s half hour chaos and destruction this week we may expect the same from this battleground mode. RAW Underground some WWE superstars participated in that battleground to make their mark over there. One of them was WWE superstar Shayna Baszler, who stomped down three Raw Underground talent in half. We may witness the same this week on RAW before SummerSlam.

However, we may also see some new faces into this new portion as rumors surmounted around this become more strong.

How will @ShawnMichaels respond to seeing one of his closest friends taken out by @RandyOrton?

Find out on the final #WWERaw before #SummerSlam, tomorrow night at 8/7 C on @USA_Network! pic.twitter.com/aeadCuJN9p

Two-time WWE Hall of Famer Shawn Michaels is ready to make his return in the last episode of Monday Night RAW before SummerSlam. He will be in the ring to seek answer from Randy Orton for his menacing action against his friend Ric Flair, who became the victim of Randy Orton’s lethal punt kick last week on RAW. ‘The Viper’ has already mangled down four legendary superstars since Wrestlemania 36 which includes Edge, Christian, Big Show, and most recently Ric Flair.

However, nobody knows what happen this week on RAW when Michaels calls out Orton, but one thing for sure that Orton will be looking to destroy Shawn Michaels like he has done to others in recent time. Furthermore, How will HBK respond to seeing one of his closest friends taken out by The Viper?

The red brand once again faced the annihilation of a new team Raw RETRIBUTION who blocked down the show once again. However, this segment further made the R-Truth 24/7 Champion for the 38th time, while he disguised himself as one of the RETRIBUTION members which further then, champion Akira Tozawa never saw it coming. R-Truth grabbed this opportunity from both hands to become the champion.

But RETRIBUTION promises to bring more havoc this week on RAW before the SummerSlam and who knows if they do the same in SummerSlam also. But based some rumors, some of RETRIBUTION members identity has been revealed and many believe they are from NXT.

But it seems like this time either one of them of ‘the Golden Role Models’ will lose her Championship against ‘the Empress of Tomorrow’ Asuka, who will do everything to beat both of them and take their Championship. Furthermore, it will be curious to watch out what Asuka has to say before the big day at SummerSlam.