WWE SmackDown Results: The Usos become the new Unified Tag Team Champions: In the recent episode of Friday Night SmackDown, Paul Heyman gave a huge spoiler for the match between the Usos and RK-Bro for the tag team title unification. At the kickoff of the SmackDown, Roman Reigns needed a guaranteed victory from his cousins to prove the Bloodline’s supremacy. Follow WWE SmackDown on InsideSport.IN

Eventually, the Usos conquered RK-Bro and won the Raw tag team champions to become the new Undisputed Tag Team Champions. The clash between both teams was worth watching as fans hold their hands to watch the new winner.

The Usos dominated the start, targeting Riddle who later got injured. However, the doctor cleared him to compete, and he continued to fight against the Usos. Jey Uso and Jimmy Uso dominated the first half until Randy Orton tagged in to fire up the match. The Legend Killer attacked both Usos and delivered an RKO to win, but the Usos were successful in kicking out. 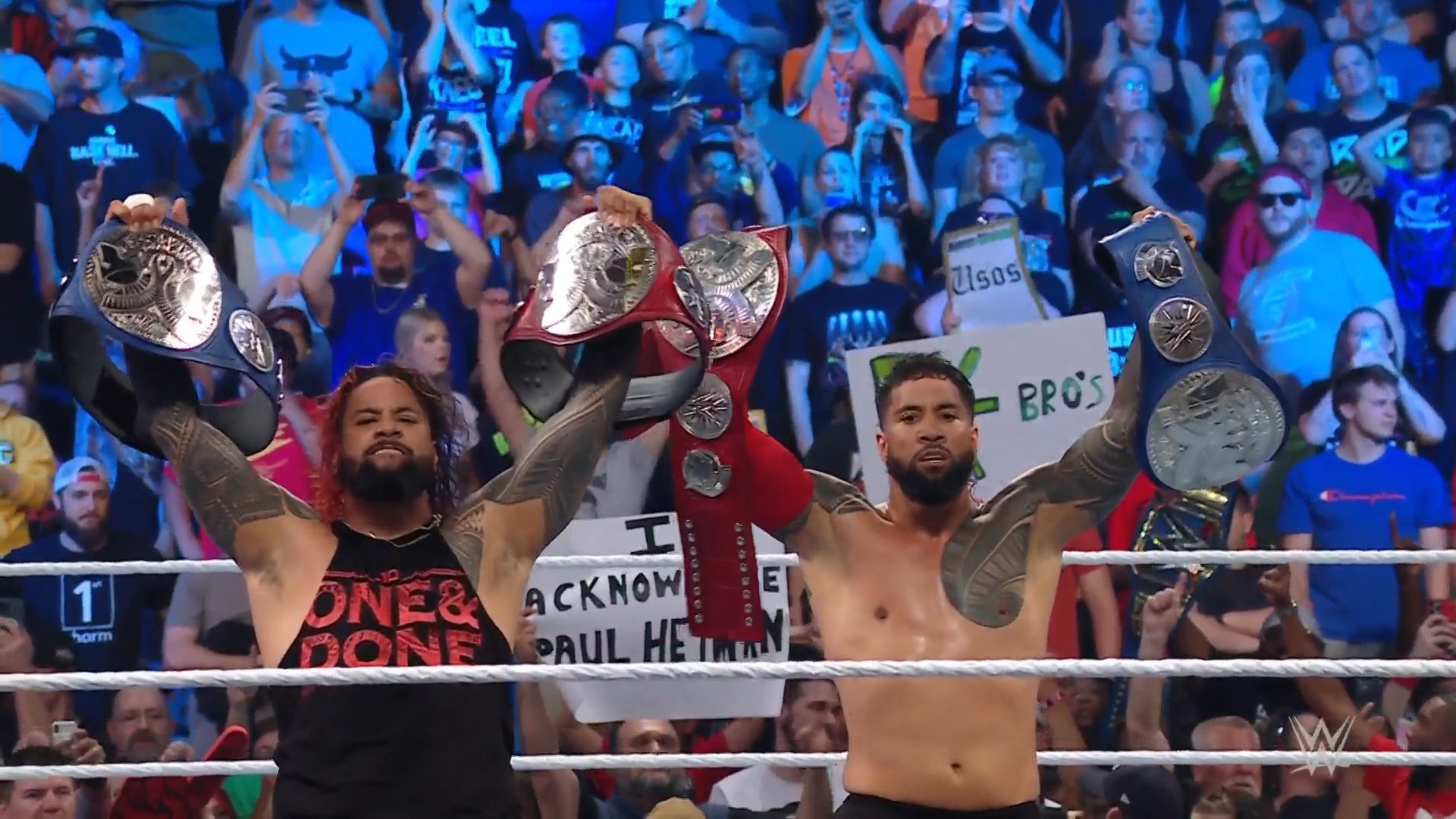 Further, Riddle tagged in who unleashed his offensive strikes on the SmackDown tag team champions. Almost, Riddle slaughtered the Usos to win the match and attempted a super RKO when Roman Reigns attacked Riddle from the sidelines, eventually ending the match with the Usos’ victory.

After the match ended, Roman Reigns attacked Riddle in the ring with vicious fist strikes on his face. Last week, Riddle attacked Roman Reigns with a knee which enraged Reigns. Later, the Head of the Table dragged Riddle to the sidelines and caught him in the Guillotine.

Meanwhile, one of the Usos delivered a frog splash to Riddle, decimating him. Even WWE Officials come out to stop Roman Reigns from destroying RK-Bro. However, the Tribal Chief didn’t stop and caught Randy Orton in the Guillotine. The Bloodline showed its power by destroying RK-Bro on SmackDown.

Now, the Bloodline holds all the WWE titles they needed to become the Unified Champs.