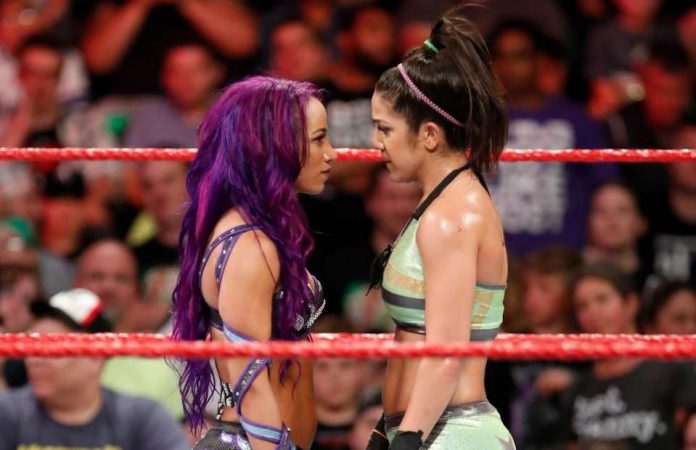 WWE Smackdown Live News : After the controversial end of WWE Women’s Championship match between Asuka and Sasha banks at Extreme Rules, there were many questions which were tangling in WWE Universe minds that how this Champion match could end in this dramatic way. When Bayley decided to help Sasha Banks in that match by dressing herself as the referee and claimed Sasha Banks as WWE Women’s Champion and left the arena with Championship in hand.

As this squabble did not end here as we witnessed last week on RAW, WWE’s Chief Brand Officer Stephanie McMahon announced that we will have a rematch for Women’s Championship next week on RAW since Sasha Banks can not be claimed herself as Champion after all the dirty mind game.

However, ‘The Golden Role Models’ Sasha Banks and Bayley decided to walk their way this week on SmackDown Live to resound their glorious run in WWE. As both, the superstars continue speaking about their glorious run in WWE and called themselves a symbol of ‘Era of Greatness’. But sooner they were interrupted by Nikki Cross who was later joined by Alexa Bliss.

It was Nikki Cross who emerged victorious over Alexa Bliss and earned the opportunity to face off Bayley in a championship match next week on SmackDown Live. Despite this, it will be a tough call for Bayley to retain her Championship this time since Nikki Cross will be more conscious about the evil conspiracy of Sasha Banks and Bayley and this time she will not fall into that.

It will be once again exciting contest to watch out next week on SmackDown Live whether Bayley continues her title dominance on blue brand or Nikki Cross gets her hand on the championship for the first time.