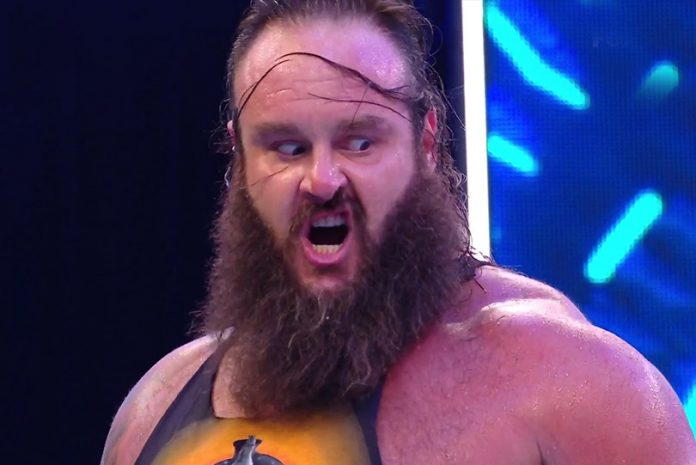 WWE Smackdown Results, Recap and highlights: The latest episode of Friday Night SmackDown Live was one of the most entertaining episodes in recent times. In this episode, we got the official confirmation of one more stipulation match that will take place this Sunday at Extreme Rules. As this episode was commenced with a one – on – one action match between Big E and Cesaro and the winner had the opportunity to choose the stipulation for their official match at Extreme Rules. Moreover, We had the Intercontinental Championship match between AJ Styles and Matt Riddle, the main event.

Next, we had the Braun Strowman violent reaction on the latest episode of SmackDown Live. And there were many more jaw-dropping segments that took place in these two hours of the blue brand.

This battle took place after the last week’s SmackDown karaoke Showdown special where Naomi won that with the audience’s advantage and defeated other three divas in that competition. This match did not last too long but both the women’s showed their skills during this match and meanwhile, it was Lacey Evans who got the victory over Naomi. As Evans hit the hard punch on Naomi’s face and she fell down on the floor. And with a win, Lacey Evans took her last week’s revenge from Naomi.

‘The Monster Among Men’ Braun Strowman entered inside the ring with a violent mood to take on John Morrison. And it was Strowman’s show who destroyed John Morrison in half and squashed him in this one-sided match. And Strowman got the easy victory over John Morrison and this victory was a clear cut message to Bray Wyatt, whom Strowman will face this Sunday at Extreme Rules in a non-title Swamp Fight. And there are more chances it will be Strowman to stand tall against Wyatt’s maniac during this fight.

We had the special guest for Alexa Bliss and her Co. Nikki Cross talk show “A moment of Bliss”. But Bliss was shortly interrupted by the SmackDown Women’s Tag Team Champion Bayley & Sasha Banks. However, the special guest was RAW Women’s champion Asuka, and all five divas in the ring got into a brawl.

It was a bamboozled contest between the New Day’s Big E up against Cesaro in a one on one match. And the interesting part about this match was that winner had the opportunity to choose the stipulation match as ‘tables match’ or ‘steel cage match’ for their official match at Extreme Rules for the Smackdown Tag Team Championship. It was Cesaro who got the victory over Big E with the help of Nakamura, who joined him ringside.

The team of Cesaro & Shinsuke Nakamura, later on, chose the stipulation match as a ‘Tables Match’ for their Extreme Rules match against the New Day for the Smackdown Tag Team Championship.

The Champion AJ Styles set up against Matt Riddle for his Intercontinental Championship match in this latest segment of SmackDown. This main event match almost made the WWE fans to stand up on their feet and clap for both the stars for their awesome performance. But it was AJ Styles who defeated Matt Riddle in this jaw-dropping and high-flying match and successfully retained his Intercontinental Championship again.

After the match as both, the stars were showing respect to each other suddenly, from nowhere it was Baron Corbin who attacked Matt Riddle from behind. And sent the message to him for his future segment with him.