Brock Lesnar Returns: Later that match, Roman Reigns addressed the WWE Universe and mentioned that he defeated everyone and he is leaving now when Brock Lesnar arrived. Reigns and Brock Lesnar confronted each other in the ring. Surprisingly, Brock forwarded his hand for a shake-up and Reigns did.

Roman Reigns vs Riddle: In the main event of Friday Night SmackDown, Roman Reigns defended his Undisputed Universal Title against Riddle. As soon as the match started, Riddle popped on Roman Reigns to unleash his brutality, but Roman Reigns knocked him out with a punch to his face.

Me & Roman Reigns have had the same amount of singles matches since WrestleMania#SmackDown #SmackDAHN pic.twitter.com/wzXHGKh3Pd

Further, both men were seen in a fight on the sidelines where Roman Reigns mocked Randy Orton with his move decimating Riddle on the announce desk. Later, the match continued in the ring when Roman Reigns tried to deliver the super man punch, however, Riddle countered it with a knee followed by a power slam.

Precisely, Riddle decimated the champion on the sidelines and fought him back to the ring to end with an RKO. Unfortunately, Reigns countered the RKO and delivered the superman punch to pin him, but Riddle kicked out. Later, Riddle delivered the RKO to win the title, but Reigns kicked out this time.

The match continued with both men fighting each other when Riddle showed his agility to end the match, however, Roman Reigns ended the match with a spear to retain his Undisputed Universal Title.

Although Shayna Baszler tried her best to defeat the former NXT Champion, she failed to do so. In the end, Raquel defeated Shayna Baszler to qualify for the Money in the Bank Ladder match.

Drew McIntyre and Sheamus Qualify for MITB: On the recent episode of Friday Night SmackDown, WWE Official Adam Pearce brought Sheamus and Drew McIntyre in the ring to finalize the man for MITB. Surprisingly, Adam Pearce announced both men for the MITB ladder match. However, both men still fought each other in the ring. 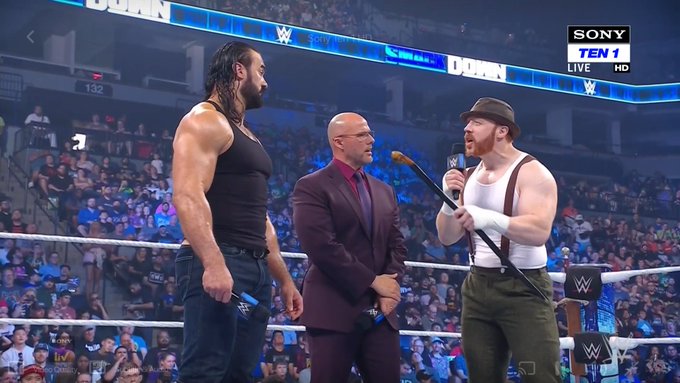 In the end, Sheamus tried to attack McIntyre, but McIntyre hit him with a Claymore to shut him down.

Later, Jinder tagged Shanky, who decimated Kofi Kingston with a vicious chop to Kofi’s chest. The match ended at a loss for Jinder Mahal when Shanky started his dance and Jinder tagged in. Unfortunately, the former WWE Champion received trouble in a paradise losing to the New Day. 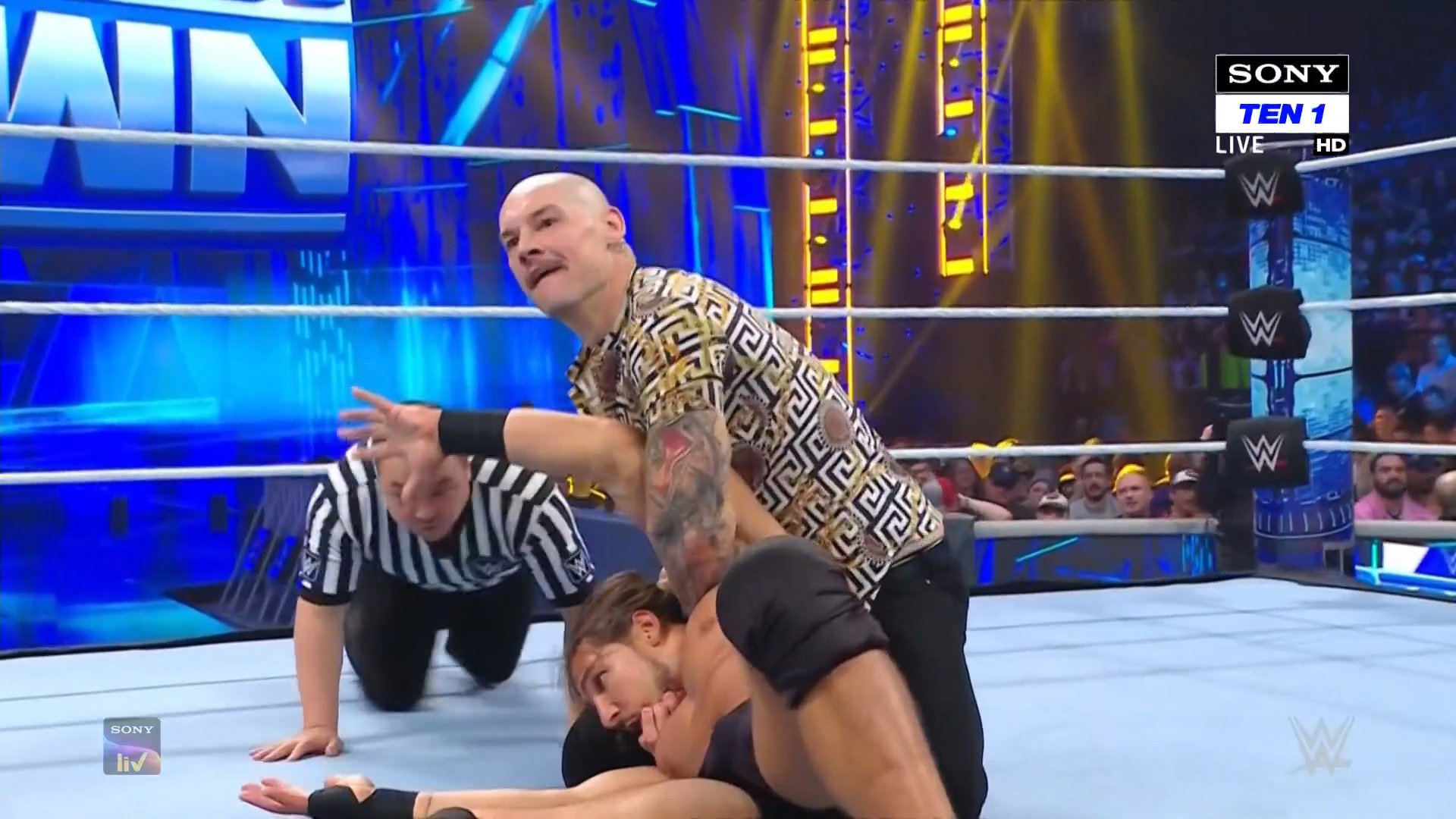 Happy Corbin tried to overpower Corbin but Madcap Moss piked his momentum and slammed Corbin middle of the ring. Further, Corbin drove Madcap Moss into the ring post continuing his assault. The match continued in the ring with Corbin’s attack with a deep six followed by a choke slam to Madcap Moss.

However, the match took a turn when Corbin and Madcap Moss fought on the sidelines when Madcap entered the ring once again to deliver the punch line. Unfortunately, the nightmare for Corbin didn’t end there. Madcap Moss delivered another punch line to end the match with the last laugh for him.

In addition, Riddle gave a tribute to his former tag team partner and best friend, Randy Orton. Also, Riddle mentioned the injury and condition of Randy Orton and soon he will go under surgery. Moreover, he said he will dedicate this match to Randy Orton.