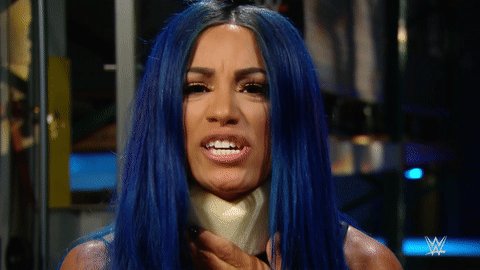 WWE SmackDown Live Results: WWE SmackDown kicks off from inside the ThunderDome and it’s The Dirt Sheet with The Miz and John Morrison. Both men are already in the ring as Morrison welcomes everyone to the show. Morrison says it’s their duty to keep everyone up to date on the WWE Universe.

The bell rings and we are under way. Metalik with an acrobatic head scissor take down. Metalik on the second rope as he’s talking to the House Party on the outside. He jumps as Cesaro catches him and slams him down. A right hand by Cesaro but a kick to the face by Metalik. He climbs the top rope and takes Cesaro down.

A right hand by Metalik but a clothesline by Cesaro. He goes for the cover but Metalik kicks out. An arm bar submission by Cesaro as he sends Metalik into the corner. Metalik on the ring apron and a kick to the face. Kalisto and Dorado are on the ring apron as the referee ejects them from ringside. Cesaro with a right hand takes Metalkik down to the outside. Cesaro throws him back into the ring as Kalisto and Dorado argue. Cesaro tells them to leave as Metalik flies off the top rope taking Cesaro down.

Metalik jumps off the top rope but Cesaro gets his leg up. Cesaro with a running uppercut followed by the Neutralizer. He goes for the cover and gets the pin.

.@NikkiCrossWWE joins @AlexaBliss_WWE for A Moment of Bliss RIGHT NOW on #SmackDown! pic.twitter.com/oQn94GPv0n

Alexa welcomes everyone to the first Moment of Bliss in the WWE ThunderDome. She says normally, her guest would be sitting in the co-host chair as she welcomes her best friend Nikki Cross to the show.

We see a clip of last week’s fatal four way match where Bliss hit Cross with the Sister Abigail. Cross would go on to win the match and will face Bayley at Clash of Champions for the SmackDown Women’s Title.

Bliss says as her friend, congratulations and that she is happy for her. She asks what is her plan of action for this match, it has to be different because she kept losing to Bayley in the summer. She hasn’t beaten Bayley since last year. Cross says she wasn’t kidding. Cross says this time it’s different because there’s no Sasha Banks helping Bayley. And now she can just focus on defeating Bayley. And she saw what Bayley did to Sasha, her best friend. Cross says come Clash of Champions, Nikki Cross will become the new WWE SmackDown Women’s Champion.

Lacey Evans comes up, and says Bayley has a mean streak and Cross will never have it. She says Cross doesn’t have the back bone and that is why she will never beat Bayley. Cross gets in Lacey’s face and blows on Lacey’s handkerchief. Evans attacks Evans as the two start to fight.

.@AlexaBliss_WWE just got that ???? in her eyes again! #SmackDown pic.twitter.com/q3sbzUVhWL

Evans beats up on Cross in the corner. She goes for the cover but Cross kicks out. Evans continues to work on the shoulder. A clothesline by Evans takes Cross down. Evans continues to work on the arm. Evans grabs the hand sanitizer and sprays it across Nikki’s face. Nikki with a right hand as she slams Evans. Cross with a running splash followed by right hands in the corner.

Cross slams Lacey down. Cross stomping on Evans as she climbs the second rope and lands a tornado DDT. Cross places Evans on the top rope and lands a neck breaker. She goes for the cover and gets the pin.

Michael Cole and Corey Graves interview Sasha Banks who is at the WWE Performance Center. Sasha Banks is asked by Michael Cole about how she’s feeling. Sasha says she is still here. Cole says last week we Bayley blamed her for the attack. Sasha says now she is nothing to Bayley. She says Bayley was using her and now she is useless to her. She says she heard very word Bayley said and she can’t help but be filled with emotions. She says her and Bayley trained every day and spoke about their dreams, their goals, what they wanted to do together.

Sasha says they used to walk the halls just to talk about everything that they have achieved. This whole summer they showed the world and they told the world that they were going to take over the company together. And when she goes to the locker room and when she sees everyone, it’s because they did all of that together. All the rooms, their pictures, posters, accomplishments, they did it all together.

Banks says she knows Bayley is watching this and she tells her “you are nothing without me. Nothing without me.” And “one day, I am going to take the one thing that you love, the SmackDown Women’s Championship.”

In comes Bayley who attacks Sasha from behind as Bayley’s attack is stopped by people in the arena.

Styles attacks Sami on the outside and throws him in the ring as the bell rings. A flying splash by AJ followed by a knee to the neck. He goes for the cover but Sami kicks out. Styles goes for the Styles Clash but Sami rolls out of the ring. A right hand by AJ on the outside as he throws Sami back in.

A back breaker by AJ as he goes for the cover but Sami kicks out. Sami rolls back out of the ring as AJ throws him back in. Sami stomps on AJ as he’s getting in the ring. Sami with a DDT. He goes for the cover but AJ kicks out. A head lock by Sami in the middle of the ring. AJ gets out of it and an elbow to the face. AJ on the ring apron but Sami slams him face first into the top turnbuckle. Sami on the ring apron goes for the Helluva Kick but AJ moves out of the way as Sami hits the ring post. AJ with a clothesline takes Sami down. AJ flies over the top rope onto Sami on the outside.

Sheamus and Corbin are backstage and they are talking about the Samoan Street Fight. In comes a security guard as Sheamus says that’s the guy he was talking to Corbin about. He said him tricking Big E into the parking lot like that a few weeks ago was great. He tells Sheamus that his car is getting towed.

With another tag team victory under their belt, will it continue to be all smiles between @WWERomanReigns and Jey @WWEUsos heading into #WWEClash? #SmackDown pic.twitter.com/5FKk3eSTAE

The bell rings and we are under way. Roman takes out Sheamus as he and Jey double team Corbin. Roman with right hands on Sheamus as he throws Sheamus over the barricade. Jey with a super kick onto Sheamus. He turns around but Deep Six by Corbin takes Jey down.

Corbin throws Roman into the ring and he grabs a steel chair. Corbin gets in the ring but a kick by Roman as he grabs the chair and hits Corbin across the back with it. Roman goes to the outside and grabs a table from under the ring but Sheamus hits him with a knee to the face. Right hands by Corbin onto Reigns on the outside. They double team Roman and throw him over the announce table. Corbin and Sheamus throw a chair in the ring.

Corbin goes after Roman but Roman throws Corbin into the ring post. Roman with a spear onto Sheamus through the barricade. Corbin attacks Reigns from behind and slams him into the steel steps. Jey jumps through the ropes but Corbin catches him and throws him into the barricade. Corbin and Roman in the ring as Jey hits Corbin with the Universal Championship. Roman hits Corbin with the spear and Jey lands the Uso Splash. He goes for the cover and gets the pin.

Jey celebrates as Roman looks a bit confused. Jey grabs the WWE Universal Championship and looks at it. He goes to raise it in the air but tosses it over to Roman as Roman smiles. Both men hug as Jey leaves the ring.