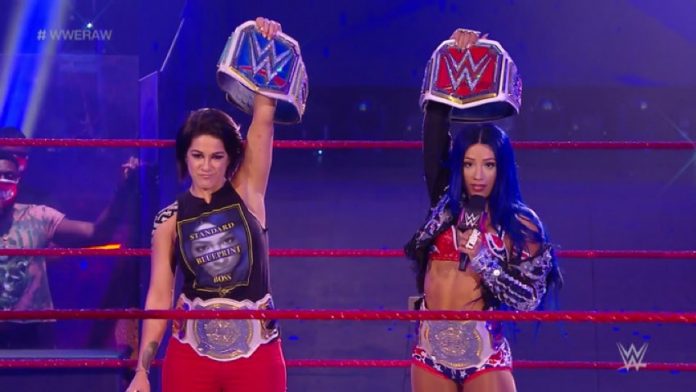 WWE Smackdown recap : The duo of Sasha Banks and Bayley both have achieved an incredible milestone in WWE. After her last week’s victory over Asuka in a championship match on RAW Sasha Banks became the New WWE Women’s Champion. However, with this win, she is now five – times WWE Women’s champion.

Bayley and Sasha Banks cement their name in WWE history

Sasha Banks’ victory over Asuka created history for the Blueprint and Bayley dos straps. The duo join four other legendary teams and are the first women’s team to achieve this feat. Check out this achievement below. 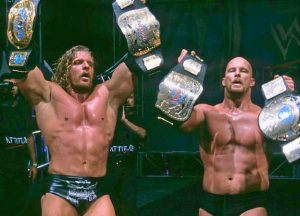 And this is how Bayley responded to this historic moment :

What’s next for Bayley and Sasha Banks

However, on the other hand Sasha Banks will be pleased with her recent achievement on RAW. But if she wants to go far with that championship she has to keen her eyes on her next opponents which is not revealed yet. But this week’s SmackDown Live might bring the storyline for her next opponent at SummerSlam.