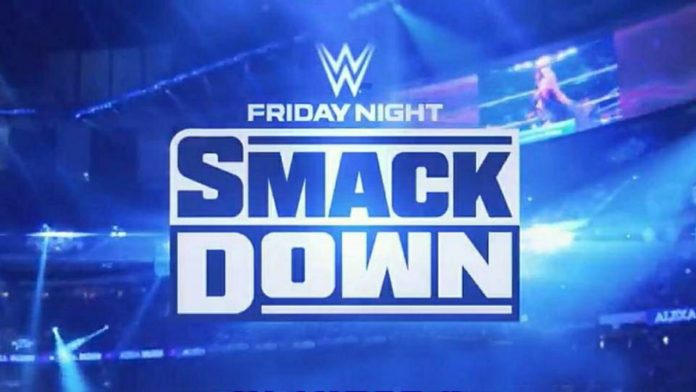 The Big Dog took back the Universal Title, and now he’s ready to rule over his yard. Roman Reigns will address the WWE Universe this Friday on SmackDown with Paul Heyman in tow. The Universal Champion will talk about his title victory at WWE Payback and his recent alignment with the controversial Heyman. What does this newly formed alliance between Reigns and Heyman mean for the future of Friday Night SmackDown?

Four of the blue brand’s most electric Superstars will have a golden opportunity on Friday Night SmackDown. Big E, Matt Riddle, King Corbin and Sheamus will face off for a Universal Title opportunity at WWE Clash of Champions. Two rivalries will share the ring, as Big E defeated Sheamus, and Matt Riddle vanquished King Corbin at WWE Payback. Roman Reigns sent shockwaves through the WWE Universe by regaining the Universal Title that same night. Who will step up as the first major challenger to The Big Dog’s new title reign?

Shayna Baszler & Nia Jax coexisted long enough to win the Women’s Tag Team Titles. Can they keep clicking and prevent Bayley & Sasha Banks from snatching them back? Since SummerSlam, “The Golden Roles Models” have had their wealth of gold dissolve before their eyes. The Boss lost the Raw Women’s Championship to Asuka at The Biggest Event of the Summer, and then the two friends lost the Women’s Tag Team Titles to The Queen of Spades & The Irresistible Force at WWE Payback. Bayley & Banks were in disarray after the latest loss, as questions swirl about the strength of their bond. Can Baszler & Jax protect their newly earned titles and drive a wedge into the friendship of Bayley & Banks?