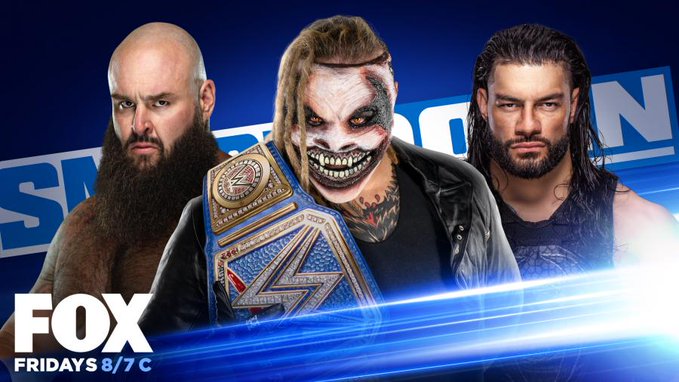 Before they meet at WWE Payback, they are set to sign a contract for their official Championship match at Payback. With the return of Roman Reigns things have become more feverish in SmackDown Live. Reigns made a huge statement after unleashing spears on both Bray Wyatt and Braun Strowman at SummerSlam after their Championship match.

“The Fiend” Bray Wyatt finally pulled Braun Strowman to the darkest depths at SummerSlam, and Wyatt emerged with the Universal Title. As Wyatt rose to his feet from the battle, Reigns crashed The Biggest Event of the Summer with his return and delivered Spears to both combatants. The Big Dog made his shocking return and let the WWE Universe know he’s ready to take back his yard.

This contract signing is just a matter of concern that these three dominant forces and there are chances that they may attack each other during this contract signing and end the show with a high-note before Payback. Furthermore, it will be interesting to see how Roman Reigns makes his comeback in SmackDown Live tonight under the WWE ThunderDome spotlight.

Will Wyatt, Reigns or Strowman look to send a message ahead of WWE Payback?

WWE News: What next for Brock Lesnar and Roman Reigns after Crown Jewel? Here are the details