WWE SmackDown Predictions: 3 Possible Endings for RK-Bro vs The Usos

Recently on SmackDown, the Raw Tag Team Champions confronted their Bloodline where the Usos accepted their challenge. Meanwhile, Riddle unleashed a sneak attack on Roman Reigns with a knee to his face. Next week, both tag team champions will go head to head for a tag team title unification.

WWE SmackDown Predictions: 3 possible endings for RK-Bro vs The Usos

In the recent episode of SmackDown, Riddle hit Roman Reigns with a knee with a quick attack. This has enraged the Tribal Chief and he will try to avenge Riddle. Earlier, we saw Roman Reigns had interfered in many matches, attacking the opponents. 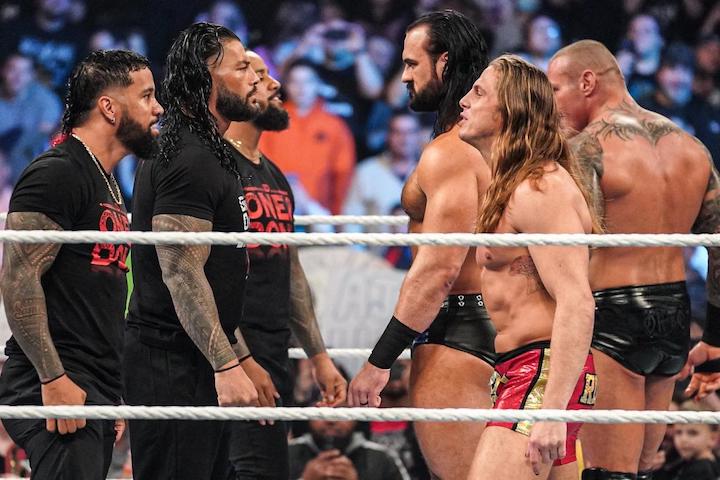 Also, there are no reports on WWE’s actual plan for the tag team unification. Precisely, this would be another failed attempt to schedule an actual tag team title match. Reigns would probably interfere and cancel out the match with a DQ win for RK-Bro. Currently, WWE has no actual plans to unify the tag team titles in order to merge the brands.

The Usos defeat RK-Bro with the Help of Roman Reigns

The Usos have been the longest-reigning SmackDown tag team champions in history. However, they have failed to win against RK-Bro in a couple of encounters in the past. Roman Reigns often had to interfere for the tag team champs to wrap up the Usos’ mistake. 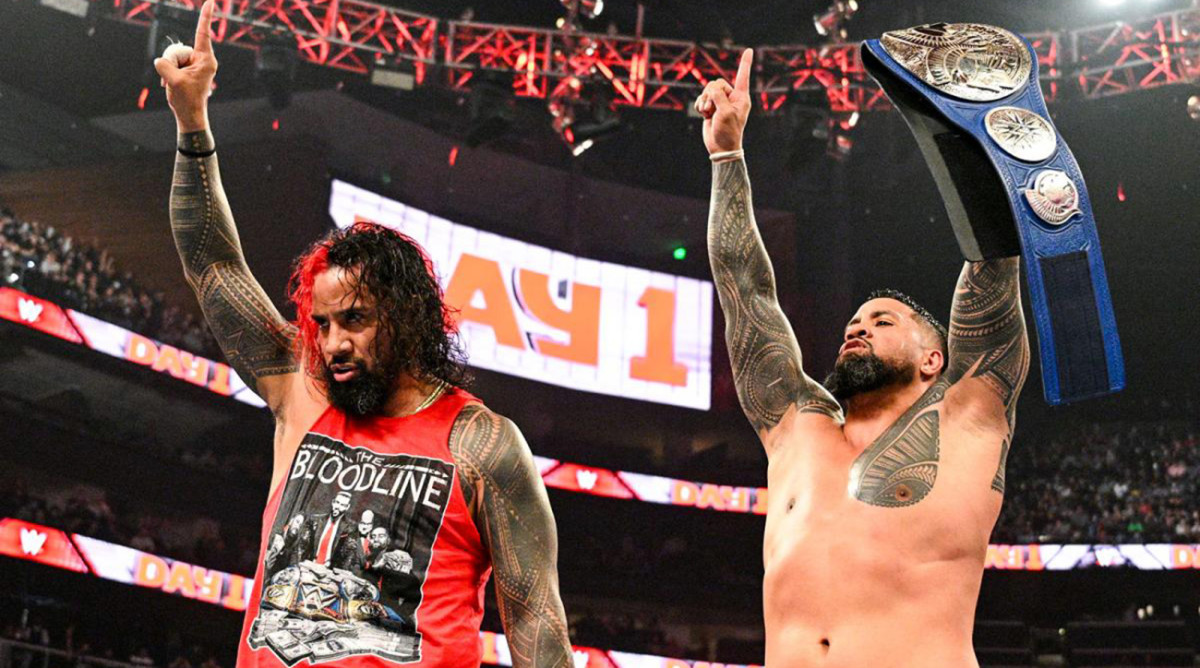 Earlier, during the brawl between The UsoS and The New Day, Roman Reigns played a key role in the decimation of Kofi Kingston and Xavier Woods. Also, he might interfere in the tag team title unification match to make the Usos the new unified tag team champs.

Next week, both teams will face each other in a title unification match where both the Raw and SmackDown titles are on the line. Although the Usos have kept the titles on their waist for a long time on SmackDown, they haven’t competed in an intense battle against any strong opponent. So, the chances of winning the title lie in RK-Bro becoming the new unified tag team champs.

Which is the most possible ending for the tag tea unification match? Comment down.

WWE SmackDown Predictions: 3 Possible Endings for RK-Bro vs The Usos