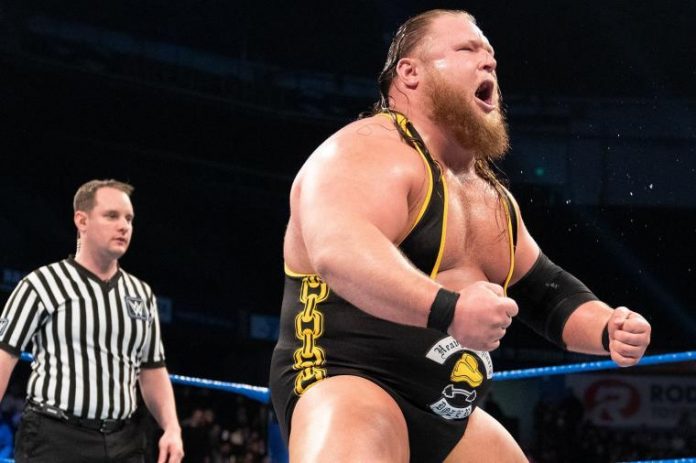 WWE Smackdown Predictions: There are a lot of rumours going on in WWE that its next event SummerSlam might take place outside the Performance Center. Some of the reports also mentioned that WWE is looking to take SummerSlam on a beach or on a boat, however, there is no official confirmation so far for that. But WWE fans will be exciting to see if anything happens like that.

AJ Styles will defend his Intercontinental Championship against Gran Metalik this week on SmackDown Live. There are other interesting contest which will be part of this two hours amazing journey.

However, here are the top 5 WWE superstars to watch out in this week’s SmackDown Live.

In this week’s SmackDown we illustrate the return of current Money in the Bank winner Otis, and his beloved Mandy Rose after a hiatus of two – months so from WWE. There are rumours that their riposte only suggests that WWE is looking to bring back the major contender before the SummerSlam for WWE Universal Championship. As Braun Strowman is also out of the equation at the moment after he lost his match against Bray Wyatt at Extreme Rules.

Big E will be ready to compete in his first singles match almost after six years. After following the injuries to both his partners Kofi Kingston and Xavier Woods which has already made them to out of in-ring action for a while. Now it is all on Big E to run in singles competition and prove his dominance on blue brand. The former Intercontinental Champion Big E will be looking to grab this opportunity from both hands when he performs in this week’s SmackDown Live. It will be interesting to see how Big E stand tall on Kofi Kingston’s expectation.

“The fiend” Bray Wyatt amazed WWE Universe last week on SmackDown Live when he brought the ‘Firefly Fun House’ and the deadly combination of ‘fiend’ both on same night. He unleashed the fiend and let his maniac to play the mind games with the dead skull to scare WWE Universe. Wyatt emerged victorious over Braun Strowman at Extreme Rules in a Swamp Fight. Since then there is no clue of Braun Strowman but many reports suggest that he will back in action before SummerSlam to settle the account with Bray Wyatt. So it will be curious and terrified both at the same time to see the fiend of Bray Wyatt once again this week on SmackDown Live.

The challenger Nikki Cross will be ready to break the shackles against the Smackdown Women’s Champion Bayley in a championship match this week on SmackDown Live. However, Nikki Cross lost the match against Bayley at Extreme Rules to get her first championship title. This main event will be a flabbergasting one when Bayley will be joined by Sasha Banks at ringside to help Bayley in this championship. But Nikki Cross will not take Bayley and Sasha Banks readily this time as she did at the Extreme Rules and lost her match. It will be interesting to see who will steal this night and end the show on high-note.