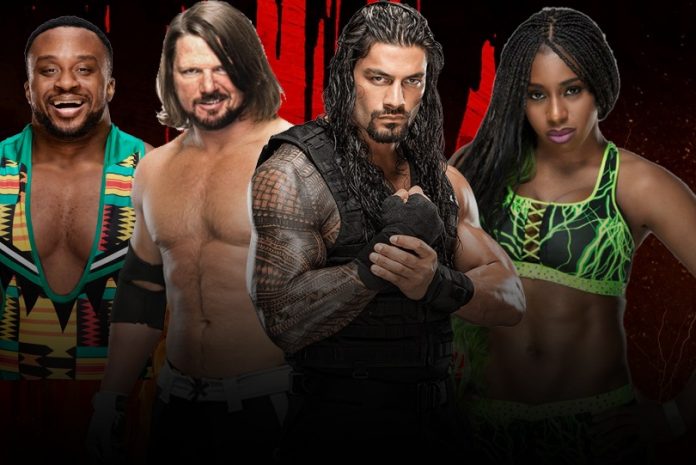 WWE SmackDown Predictions: The entire past week for WWE Universe was a roller-coaster ride since it happened a lot of new things in that past week. WWE’s new segment WWE ThunderDome, WWE SummerSlam, then return of Roman Reigns, and now this Sunday get ready once again for another flabbergasting PPV – WWE Payback.

But before that get ready for this week’s SmackDown Live where a thrilling contract signing is waiting for WWE Universal Championship that will take place this Sunday at Payback.

On the another segment it will be interesting to whether AJ Styles gets his Intercontinental Championship rematch against Jeff Hardy or not in tonight’s blue brand. And what’s next for Big E will he gets his singles PPV match this Sunday or not.

All the questions will be answered tonight on SmackDown Live so get ready to feel that exciting energy from virtual crowd once again.

Big E is having an incredible run on SmackDown Live currently where he has already defeated The Miz, John Morrison, and Sheamus in a singles competition. And he is all set to continue his dominance one blue brand to make sure that he will earn his Championship opportunity soon. However, it will be interesting to see who will challenge Big E this week on SmackDown Live ahead of Payback 2020.

The current SmackDown Tag Team Champions Cesaro & Shinsuke Nakamura successfully defended their Tag Team titles last week on WWE ThunderDome in SmackDown Live. They defeated Lucha House Party in a catastrophic and high-flying contest and retained their Championships in first reign. However, it will be interesting to see who will stop these new alliance of Cesaro and Nakamura ahead of Payback 2020. It will be curious to see who will challenge them tonight on SmackDown Live.

This contract signing is just a matter of concern that these three dominant forces and there are chances that they may attack each other during this contract signing and end the show with a high-note before Payback. Furthermore, it will be interesting to see how Roman Reigns makes his comeback in SmackDown Live tonight under the WWE ThunderDome spotlight.

Will Wyatt, Reigns or Strowman look to send a message ahead of WWE Payback?