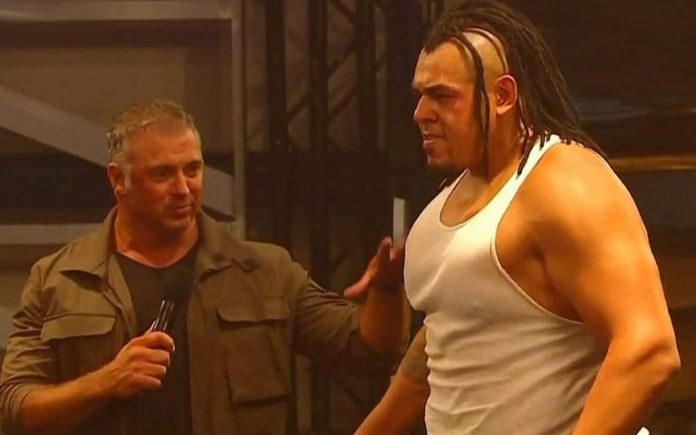 The Red Brand found out some strange things were taking place inside the arena from the very beginning of the show such as WWE Performance Center would flicker or cut out on several occasions, especially during the WWE United States Championship match between Apollo Crews and MVP.

In addition to the lighting issues, microphones throughout RAW would cut out several times. This was particularly noticeable during The KO Show with Kevin Owens and The Riott Squad members Ruby Riott and Liv Morgan.

RAW play-by-play announcer Tom Phillips speculated that these “technical issues” were due to adverse weather, including a storm, in the local are area. However, WWE Universe was stunned when they found out a mysterious new faction has seeded its roots inside the company, and they have been called “RETRIBUTION”.

If this new faction “RETRIBUTION” had appeared on RAW that does not mean they might not show up in SmackDown. There are chances that “RETRIBUTION” might do the same in this week’s SmackDown with their appearance and stun the WWE Universe, and take some of the WWE superstars out of the equation and earn a name for themselves.

This could be a nimble move before the SummerSlam to give “RETRIBUTION” a major opportunity or a storyline to tackle out with some current factions in WWE. However, it will be interesting to see what this week’s SmackDown holds new for the WWE fans, who also want to see some astounding segments in this week’s SmackDown.