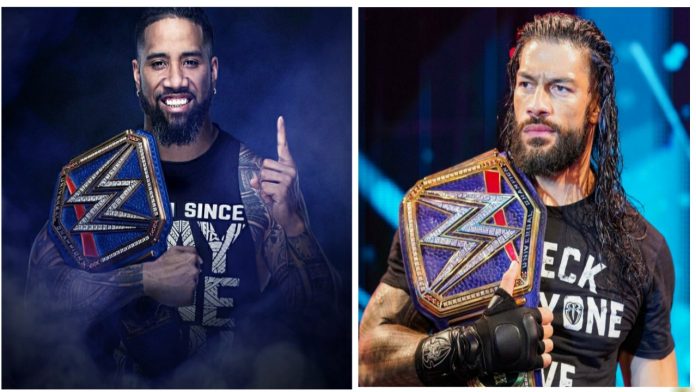 You can check the picture over here:

Can @uceyjucey win the Universal Title at #WWEClash of Champions?

In the latest episode of WWE Smackdown Jey Uso and Roman Reigns both worked in a Tag team match to defeat Sheamus and Baron Corbin in a astounding way. Meanwhile, Uso also made it clear that he is proud of what he has done and achieved last week on SmackDown, and would like to the same at Clash of Champions.

It will be a battle to watch out when “Cousin vs Cousin” take on each other two weeks from now in a championship match. Roman Reigns is already dominating the ring since he made his surprising come back to WWE, and then joined force with Paul Heyman.

Nevertheless, it will be interesting to see how Roman Reigns will react on this little duet of WWE before the big match.