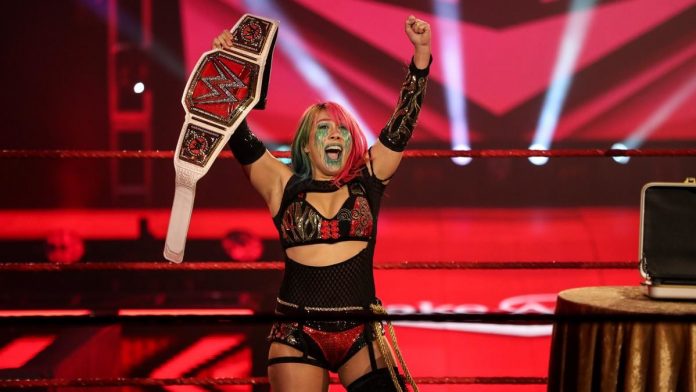 On her recent interview this what she has said :

“After I beat Sasha I will be looking for Kairi Sane. It will be a special battle because this would be the first time Asuka and Kairi face each other in WWE, Japan, or anywhere. I will not hesitate and yet it will be very special,” she told the indianexpress.com in the global press conference.

Asuka and Kairi Sane both performed together (Kabuki Warriors) in a tag team match last week, and however, Kairi Sane has never faced Asuka in a one on one competition. So this battle will going to be interesting when both the Japanese stars face off each other in future if that happens.

While there have been reports from multiple sources on Sane possibly leaving WWE to go back to Japan, it was also reported last week how WWE was expected to make another offer to get Sane to stay.

Asuka is a dominant force in WWE and ever since she has become WWE women’s champion she is almost invincible to defeat. And when asked from Asuka any current superstar she thinks, who can defeat her or a threat to her, she without hesitantly said, “Nobody”.

A violent return of Shayna Baszler last week on RAW and confronting that “she’s back” and looking for champion Asuka. And this how Asuka futher responded to her “I know she is a tough wrestler. We are both similar on certain levels (like submissions). She is a tough competition and maybe at Summerslam, she could be a challenge.”