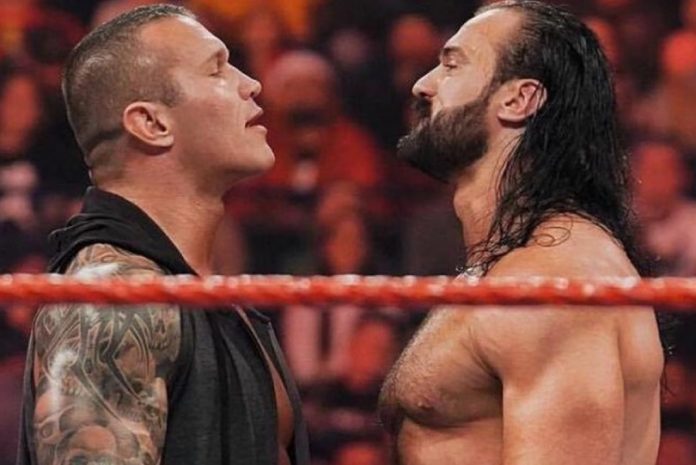 WWE Raw LIVE: This week’s Monday Night RAW is all set to kick off with the championship match between Apollo Crews and MVP. As we are just three weeks away from SummerSlam more match cards are getting confirmed for this mammoth event. And this week’s RAW will play the crucial role for that.

However, On other segments we will have Auska to react on Sasha Banks last week’s victory on RAW. And at last WWE United States Championship will be on the stake in this week’s RAW when Apollo Crews face off against MVP in this catastrophic night on RAW.

This week’s Monday Night RAW has also announced three major segments which will blow your mind. It includes Randy Orton vicious attack on Drew McIntyre last week on RAW and how McIntyre responses to that.

And many more jaw-dropping contests will take place on this week’s Red brand.

Here are Monday Night RAW LIVE Streaming predictions, match cards and everything you need to know

Asuka will be in the ring to react on her defeat against Sasha Banks in last week’s Raw for Women’s Championship. However, Asuka also seeks the answer from both ‘the Golden Role Models’ Sasha Banks and Bayley for their vicious attack on Asuka’s friend Kairi Sane last week on RAW. It will be interesting to see how this storyline goes on since Asuka is also keeping her eyes on the Raw Women’s Championship to get her title back at SummerSlam.

However, on another segment the current WWE Champion Drew McIntyre will be there to address the WWE Universe for Randy Orton’s last week RKO from outta no where on him. Moreover, Drew McIntyre will defend his Championship against Randy Orton at SummerSlam on 23 August. So, it will be interesting to see before SummerSlam who has the upper hand in this week’s RAW.

WWE has officially announced a major championship match which will take place this week on RAW. WWE United States Championship will be on the stake between Apollo Crews and MVP in this week’s Monday Night RAW kick-off.

So it will be interesting to see whether Apollo Crews gets the victory over MVP and hold the brand New United States Championship or MVP and ‘Hurt Business’ continue their dominance on red brand.

WWE Raw Live in India: When and Where to watch it LIVE on TV and online

As per Indian timings, WWE RAW live telecast in India on Tuesday, August 04 at 5:30 am. It will be live and exclusive on Sony Ten 1 (English) and Sony Ten 3 (Hindi) channels. WWE RAW live streaming will be available on the Sony LIV app.