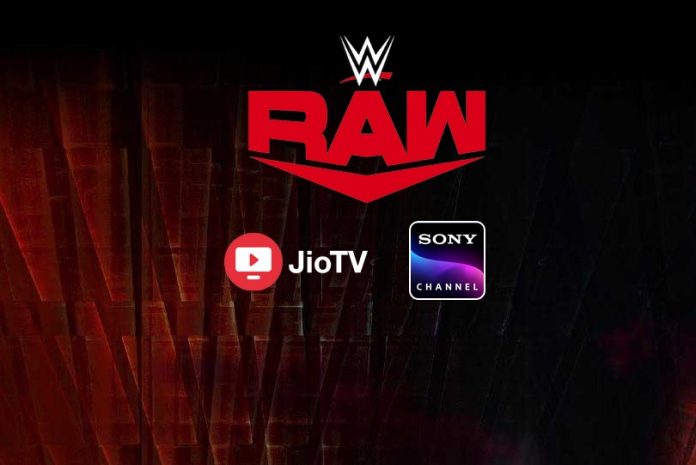 WWE Raw: Shawn Michaels returns to Raw this week, Will Rey Mysterio make his possible return on Raw to seek answer from Seth Rollins, A new team RETRIBUTION is all set to bring the chaos on red brand and many more amazing segments that will take place in this latest episode of RAW.

However, The Street Profits’ Montez Ford will be in ring to respond what happened to him two weeks ago on RAW when he was poisoned by unknown wrestler. RAW Underground will produce more new segments this week on red brand before the SummerSlam.

There are many more exciting and flabbergasting will be part of this final episode of RAW before SummerSlam.

You can watch WWE RAW LIVE in India Online on WWE Networks if you are a premium subscriber. However, even if you are not a subscriber, you can still watch recap of WWE Extreme 2020 online on Sony LIV app, AirtelTV and JioTV.

You can watch WWE RAW LIVE in India on TV on Sony 1 for English commentary and Sony 3 for Hindi commentary. You can also follow WrestlingTV for all the latest updates on WWE.

How will @ShawnMichaels respond to seeing one of his closest friends taken out by @RandyOrton?

Find out on the final #WWERaw before #SummerSlam, tomorrow night at 8/7 C on @USA_Network! pic.twitter.com/aeadCuJN9p

Two-time WWE Hall of Famer Shawn Michaels is ready to make his return in the last episode of Monday Night RAW before SummerSlam. He will be in the ring to seek answer from Randy Orton for his menacing action against his friend Ric Flair, who became the victim of Randy Orton’s lethal punt kick last week on RAW. ‘The Viper’ has already mangled down four legendary superstars since Wrestlemania 36 which includes Edge, Christian, Big Show, and most recently Ric Flair.

However, nobody knows what happen this week on RAW when Michaels calls out Orton, but one thing for sure that Orton will be looking to destroy Shawn Michaels like he has done to others in recent time. Furthermore, How will HBK respond to seeing one of his closest friends taken out by The Viper?

The red brand once again faced the annihilation of a new team Raw RETRIBUTION who blocked down the show once again. However, this segment further made the R-Truth 24/7 Champion for the 38th time, while he disguised himself as one of the RETRIBUTION members which further then, champion Akira Tozawa never saw it coming. R-Truth grabbed this opportunity from both hands to become the champion.

But RETRIBUTION promises to bring more havoc this week on RAW before the SummerSlam and who knows if they do the same in SummerSlam also. But based some rumors, some of RETRIBUTION members identity has been revealed and many believe they are from NXT.