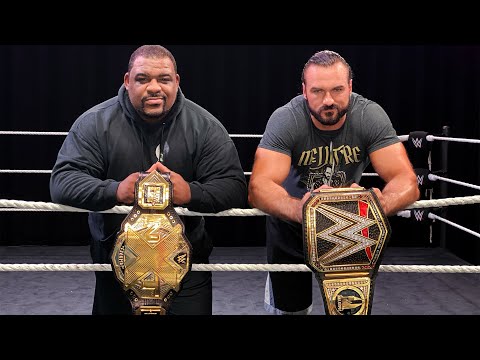 WWE RAW: It is a go-home episode of Monday Night RAW ahead of Clash of Champions 2020. WWE Champion Drew McIntyre to face off against Keith Lee tonight on RAW before his big Championship match Randy Orton on this Sunday.

McIntyre and Lee both already battled out before that last week on RAW until RETRIBUTION interrupted their match and as a result of it we did not have any winner for that contest.

Can @RealKeithLee make the most of a GOLDEN opportunity against #WWEChampion @DMcIntyreWWE tomorrow night on #WWERaw?

However, Tonight on RAW it will be eye-opening contest to see whether Champion McIntyre will upset his NXT friend in this match or Lee will surprise the Champion to make his impression towards main roster.

“Last Monday, Keith Lee was on the verge of earning a potential WWE Championship opportunity in his battle against Drew McIntyre, until RETRIBUTION made their presence felt. However, The Limitless One’s championship dreams are not dashed. Lee will get another crack at McIntyre this Monday on Raw. If he can defeat the WWE Champion, and Randy Orton is still unable to compete on Sept. 27 at WWE Clash of Champions after being on the receiving end of three Claymores, Lee will challenge for the WWE Title.”

WWE Raw: This current champion want’s to challenge the Rated-R Superstar Edge for a match, Check who

WWE NXT Match Card: A match and a segment announced for next week’s NXT 2.0, Check out

WWE Raw: Friends of this Alpha Academy member wants him to leave WWE, Check who is this member

WWE Raw: Kevin Owens thanks his fans and supporters after a gruesome main event match on WWE Raw, Check what he had to say