Both women will try to fight at their best to qualify for a MITB Ladder match spot. Let us look at the possible endings for Becky Lynch vs Asuka on Raw.

The former Raw Women’s Champion Becky Lynch will try her best to defeat Asuka to claim a spot at the MITB Ladder match. However, the Empress of Tomorrow will leave no chance for Becky Lynch to win the match easily. Asuka is best known for her grappling techniques, which could be a major problem for Lynch.

Becky Lynch will surely try her cheap tricks to ensure her victory. She would try to end the match, possibly with a disqualification or a count-out victory to have her win. Becky Lynch might bring the fight near the announce desk where she would assault, decimating her on the sidelines and align away with the count-out victory.

2. Asuka win the match via submission

The Empress of Tomorrow is one of the best submission specialists in WWE. Over the years, many superstars tapped out to her submission hold. For the MITB qualifying match, Asuka will surely try to lock Becky Lynch in her Asuka lock to get a clean win against the former Raw Women’s Champion. 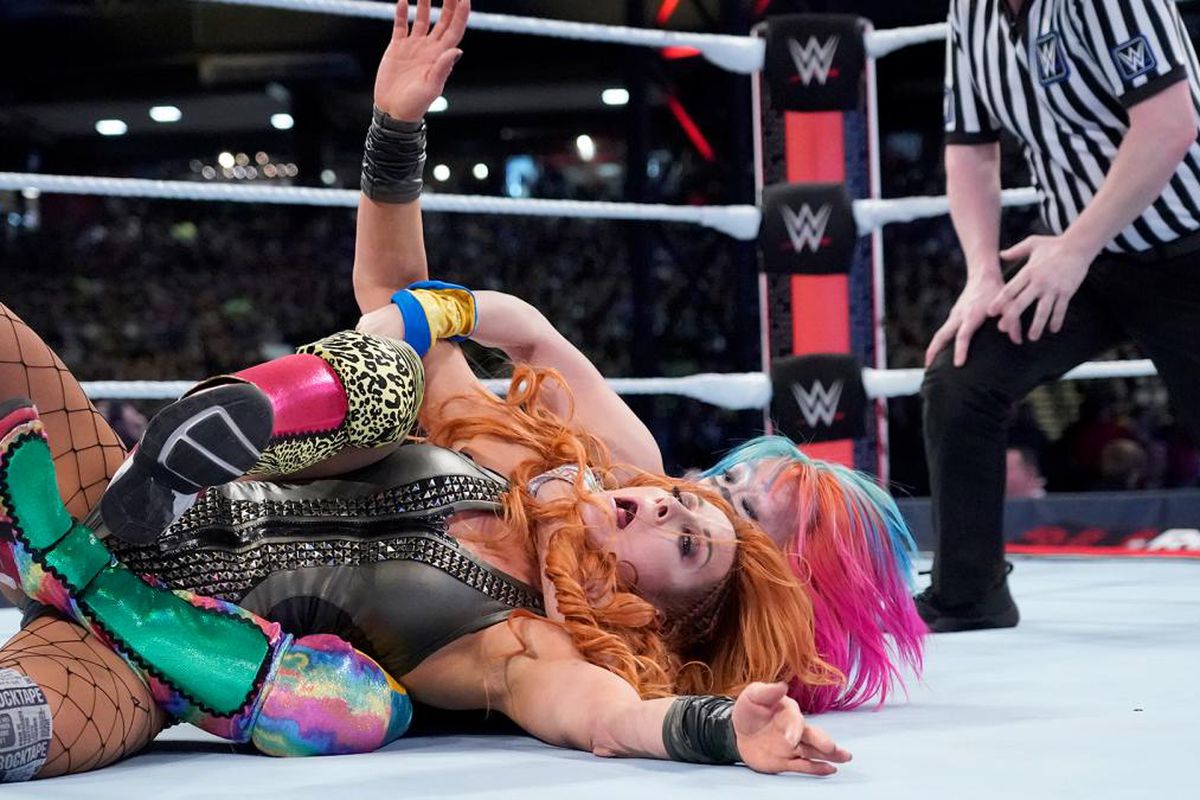 However, she might also use the green mist to blindside Becky Lynch. Earlier before Hell in a Cell, she used the same trick to defeat Becky Lynch to earn a shot for the Raw Women’s Title.

3. Becky Lynch and Asuka get disqualified via Doube Disqualification

Share
Facebook
Twitter
Pinterest
WhatsApp
Previous articleWWE Raw Predictions: 3 Possible Things to Happen on Monday Night Raw
Next articleIndia Tour of England: Heartbroken Wriddhiman Saha closes DOOR on India COMEBACK, says ‘It was clear, if they wanted me, I would have been on England tour after IPL 2022’
- Advertisement -