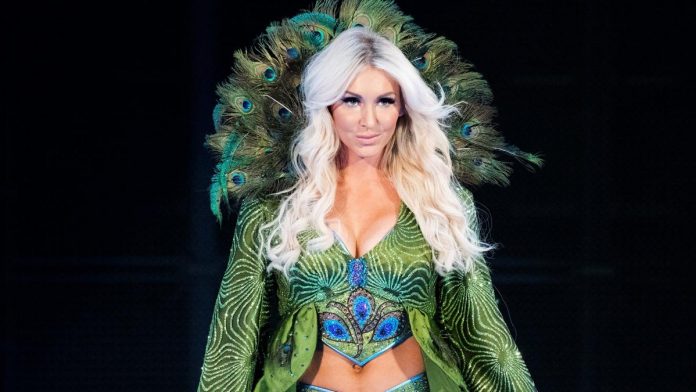 WWE News: ‘The Queen’ Charlotte Flair has not seen in WWE ring since 22nd June, 2020. She was last seen against ‘the Empress of Tomorrow’ Asuka in a WWE championship match on RAW where she lost the match against her. Later on, at the backstage she was assaulted by Nia Jax and got the injury since then there is no update on her sudden hiatus from WWE.

It has been reported for a while now that Charlotte Flair has been working on TV project outside the WWE. Pro Wrestling Sheet’s Ryan Satin revealed a few details about Charlotte’s non-WWE gig in a tweet.

Satin also reported that Charlotte Flair is not working on a reality show; however, it is a scripted show with a big network.

“From what I’ve heard, it’s not a reality show as reported. It’s a scripted show with a big network. Still trying to get more details/confirmation though” via Twitter of Ryan Satin.

Various reports have been circulating that her potential return may be SummerSlam or after that. But she has not shown any concern towards such news but she shared information about her undergo a cosmetic surgery recently on her Twitter account.

Dave Meltzer revealed on the latest episode of the Wrestling Observer Radio that WWE wanted her to return by SummerSlam at the biggest party of the Summer. He added that her return date depends on when her surgery happens and the status of the non-WWE TV project. It was noted that her return date is undetermined at this point.

Charlotte Flair noted that she would undergo a cosmetic surgery to fix an issue from prior surgery, and the recovery period is a little more extended than she would have liked.

The former Women’s Champion was written off TV through a storyline attack from Nia Jax. Flair has mentioned that she doesn’t expect to be out for long, but as revealed earlier, it all comes down to the planning of her reported TV show and her recovery from surgery.

WWE fans will be hoping to see the return of ‘the Queen’ soon.